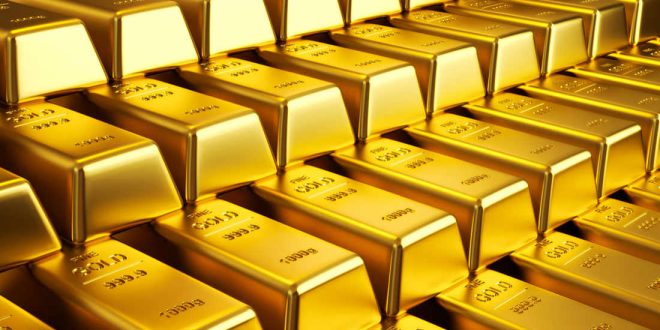 B2Gold’s Otjikoto mine near Otjiwarongo produced 36,172 ounces of gold in the second quarter of 2016, almost in line with budget forecast of 37,426 ounces and production in last year’s 2nd quarter of 36,963 ounces.

The goldminer states in its latest production update that gold production was largely unaffected despite the previously reported pit slope failure on the Phase 1 pit access ramp on 26 April this year.

Following the slope failure, a recovery plan to regain access to the Phase 1 pit was developed. The plan called for a temporary new access ramp to be established by mid-June to be utilized until the Phase 1 pit becomes depleted, expected in November 2016. The new ramp was successfully constructed and mining of the Phase 1 pit resumed in mid-June. During the construction of the new ramp, mill feed had been mainly sourced from the medium-grade ore stockpile, and supplemented with high-grade ore extracted from the Phase 2 pit (as part of the Phase 2 pre-stripping activities).

With the successful completion of the plant expansion project in the third quarter of 2015, the budgeted annual throughput rate for 2016 was increased from 2.5 million tonnes per year to 3.3 million tonnes per year. For the second quarter of 2016, the Otjikoto mill achieved a record quarterly throughput of 890,704 tonnes, 8% above budget (of 821,184 tonnes) and 25% higher than the second quarter of 2015 (of 711,462 tonnes). The average mill recoveries for the second quarter of 2016 were 98%, compared to a budget of 97% and recoveries during the same period of the previous year of 98.7%. The average gold grade processed was 1.29 g/t compared to a budget of 1.43 g/t and 1.63 g/t in the prior-year quarter. Gold grades were negatively impacted in the quarter by the ramp failure which had restricted access to the high-grade ore at the Phase 1 pit. However, B2 Gold stated that gold production remained largely unaffected as higher mill throughput and recoveries offset the lower grades.

B2 Gold said “with access to the higher-grade Phase 1 pit being re-established for the second half of 2016 and the positive mill throughput and recoveries, there is no impact to the Otjikoto mine’s 2016 annual guidance of 160,000 to 170,000 ounces of gold production at cash operating costs of US$400 to US$440 per ounce. Gold production at Otjikoto is weighted to the second half of the year, due to higher anticipated grades as the Phase 1 pit is completed.

“The high-grade Wolfshag open pit, scheduled to enter production towards the end of the fourth quarter of 2016, is expected to increase production in 2017 and beyond. A new life of mine plan, based on the new grade model and geotechnical data including mining from the open-pit component of the Wolfshag deposit, is expected to be completed in the fourth quarter of 2016.”

Following the promising results of an internal scoping study, a detailed engineering study of Wolfshag underground mining will commence in the third quarter of 2016, with results to be delivered in 2017.