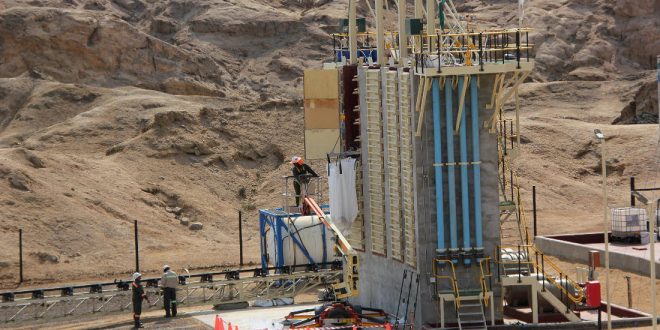 Bannerman Resources has completed the Namibian Partner Transaction, which sees One Economy Foundation become a 5% loan-carried shareholder in the Etango uranium project in Namibia.

The transaction fulfills an emerging industry-wide requirement for a minimum of 5% Namibian ownership.

The One Economy Foundation was chosen as the preferred investor for its governance credentials, strong financial background and long term funding outlook reflective of Etango’s financing dynamics.

Brandon Munro, CEO for Bannerman, commented: “The detailed process undertaken highlighted the One Economy Foundation as an ideal partner.

“In addition to social programs that closely align with Bannerman’s corporate social responsibility vision, the One Economy Foundation’s board and management demonstrate exceptional leadership across all facets of the Namibian economy.”

Bannerman conducted an extensive and professional process to arrive at this result and has attracted a premier partner in the Namibian context.

The One Economy Foundation has been described as the implementation arm of all the projects to be undertaken by the office of the Namibian First Lady, Ms Monica Geingos, the Foundation’s Executive Chairperson.

Ms Geingos is highly respected in her own right in Namibia, having established a strong reputation in the country’s financial sector, well before her appointment to public life.

This partnership expands on a close relationship with Bannerman which was built during her six year tenure on the board of Bannerman Mining Resources (Namibia) (Pty) Ltd.

One Economy Foundation has also attracted a Board which includes some of the most respected players in Namibian business and public life.

Bannerman has an enviable record in Corporate Social Responsibility, a vital ingredient in the uranium sector for managing various external risks to project development.

Accordingly, the link between Bannerman’s CSR  activities and the Foundation should not be underestimated.

In the African context, a minority project interest of 5% is quite modest, particularly when implemented with a sophisticated loan carried structure.

In this case, Bannerman appears to have added significant value to the future of Etango through a well formulated partnership with a premier partner.

The Foundation will be loan carried for all future project expenditure including pre-construction and development expenditure, with the loan capital and accrued interest repayable from future dividends.

Etango, Bannerman’s principal asset, is one of the largest and most advanced uranium development projects globally.

The project is ideally placed in Namibia, one of the world’s largest and most established uranium exporters, and is located close to all necessary infrastructure and near to Rio Tinto Ltd’s (ASX:RIO) Rössing uranium mine,Paladin Energy Ltd’s (ASX:PDN) Langer Heinrich uranium mine and China General Nuclear Power Corp’s Husab uranium mine.

Current mine life of 16 years has significant expansion potential through the conversion of existing Inferred Resource as well as the deposit being open at depth.

Bannerman has commenced a DFS update in conjunction with its key consultants, AMEC Foster Wheeler.

This process will target substantial capital and operating cost improvements through incorporating the results from the Etango Demonstration Plant and evaluating other value accretive opportunities in processing, mining and infrastructure.