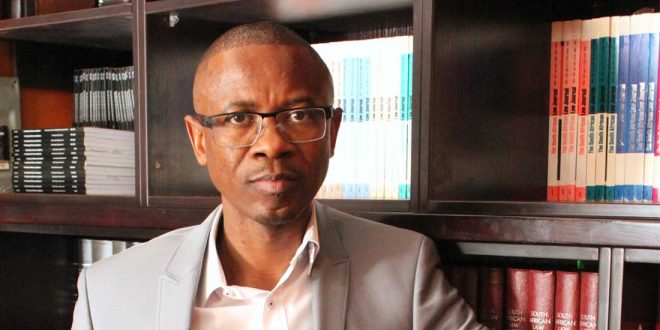 The lawyer representing the fishing organisations that are suing to stop seabed phosphate mining said he is optimistic that they will win their court case.

Lawyer Sisa Namandje made these remarks to The Namibian yesterday when asked about his reaction to a recent court judgement which concluded that the decision by the environment minister to set aside an environmental clearance certificate issued in 2016 to Namibia Marine Phosphate was illegal.

That court decision was a victory for Namibia Marine Phosphate, a company 85% owned by Omani billionaire Mohammed Al Barwani through his company Mawarid Mining LLC, while 15% is owned by businessman Knowledge Katti through his Havana Investments.

Namandje who is leading the other court case against phosphate mining said the pro-phosphate group is celebrating too soon.

Namandje is representing three Namibian fishing industry associations and a fishing company that is asking the court to declare the mining licence that was issued to Namibian Marine Phosphate in July 2011 as invalid.

He said their case was still strong and they were ready for the judgement.

Namandje said his clients would still attack the legality of the mining license.

“They (NMP) are still in a problem. They asked for time. They were supposed to file some papers in March and asked for more time,” he said.

“I don’t know why they are celebrating,” he said, adding that NMP would be blocked from mining if the court agreed with his clients that the mining License had expired at the time they got the environmental clearance in 2016.

The case between the fishing organisations and Namibian Marine Phosphate was last week postponed to 4 July for a further case management hearing.

Namandje’s clients have maintained since 2016 that environmental commissioner Teofilus Nghitila committed some “vitiating irregularities by not complying with mandatory provisions of the act and regulations”.

NMP aims to mine phosphate, which is used to make fertilizers, about 120 kilometres into the sea, south-west of Walvis Bay, for over 20 years.

The mining of phosphate has attracted criticism from environmentalist and the public, especially since deep-sea phosphate mining has never been done anywhere in the world and could be a risk to Namibia’s offshore ecosystems.

The New Zealand Herald reported in 2015 that the country blocked the plan because the extraction process has destructive effects and that the potential impact could not be mitigated. The same newspaper reported last month that scientists were to investigate the environmental impacts of seabed mining.

Cabinet ministers and several officials have over the years secretly admitted that the phosphate matter could be a thorn to the government for years and that some senior leaders are compromised.

Fisheries minister Bernhard Esau and justice minister Sakeus Shanghala have over the years opposed phosphate mining while other ministers have pushed for it.

Supporters of phosphate mining continue to insist that seabed mining was not as harmful as was being portrayed in the media.