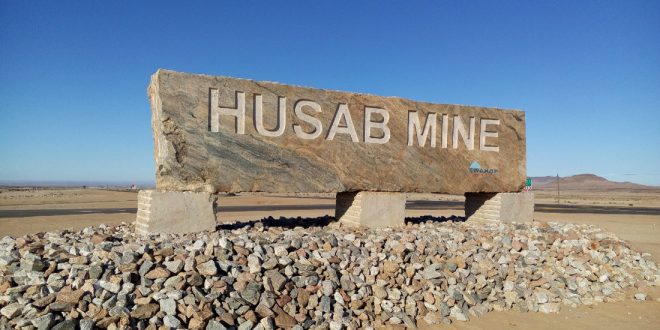 Husab uranium mine set for operations

Construction at the Swakop’s uranium mine Husab has been completed ahead of the projected full scale operations in August 2018.

Zheng Keping the company’s Chief Executive Officer said workforce adjustments have also been made to ensure smooth production, despite controversies.

Husab Mine started construction in 2013 with about 4 500 subcontracted workers and has trimmed to 1 500 permanent mining and production employees and 400 from subcontractors.

Though opposed by stakeholders Husab Mine managed to handle issues of labour cut down swiftly, getting a thumps up from Metal and Allied Namibian Workers Union (Manwu).

“We have worked hard to ensure a smooth transition, and most of the construction workers have learned new skills during the construction phase. Many will continue with the subcontractors at other projects, while others will also now have a chance to find jobs elsewhere,” said Keping.

Angula Angula, Manwu President commended Husab Mine for its achievements in “good labour relations, regardless of the challenges”.

The mine produced its first drum of uranium oxide in December, as part of the mine’s first ramp-up. Husab’s plan is to eventually process its nameplate target of 140 million tonnes of ore into 15 million pounds of uranium oxide (yellow cake) within 20 months.

Husab Mine is the third uranium mine in production after Rio Tinto’s Rössing Uranium and Paladin Energy’s Langer Heinrich.