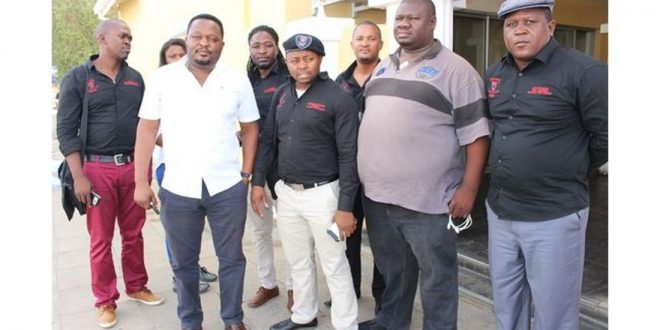 The MUN says nationalisation of mines would ensure decent jobs, job security and maximum benefits to the country from its natural resources.

The Mineworkers Union of Namibia’s Namdeb branch at Oranjemund has called on the government to consider nationalising mines in light of intended retrenchments of workers at the Skorpion Zinc Mine at Rosh Pinah.

In a statement on Wednesday, branch chairperson Shavuka Mbidhi said exploitation of workers would persist in Namibia for as long as mines were owned by foreign companies.

He accused the government and the minister of labour, industrial relations and employment creation, Erkki Nghimtina, of being silent on the planned retrenchments.

“The minister should come out of hibernation to rescue the workers. He has been sitting comfortably in his office without attempting to resolve the matter,” Mbidhi said.

He said the workers faced losing permanent jobs at Skorpion only to be absorbed as cheap labour at the mine under a labour contract system.

Skorpion Zinc Mine, owned by Indian company Vedanta Resources, is in the process of outsourcing its mining department which will see the 278 workers employed by private South African company, Basil Read Mining.

The affected workers are expected to be part of 450 workers to be employed by Basil Read on a contractual basis.

Skorpion said the outsourcing was necessary to prolong the limited lifespan of the zinc mine, given the company’s own capacity constraints to access new mineable ore.

Mbidhi labelled the mine’s decision to retrench the workers as “inhuman, ill-conceived and unpatriotic”, further dismissing Skorpion’s reasons for the layoffs as “pathetic, lacking substance and capitalistic in nature”.

He called on the government, through Nghimtina, to show political muscle and to intervene in favour of the workers.

“Our forefathers already fought the labour contract system and we cannot allow this neo-colonisation by foreigners in the name of investment. We already gave them permission to exploit our natural resources, but not to exploit our workers,” Mbidhi said. The MUN branch said nationalisation of mines would ensure decent jobs, job security and maximum benefits to the country from its natural resources.