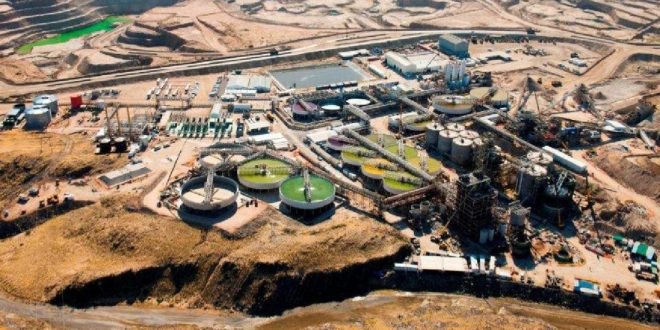 Paladin Energy Ltd.’s pre-feasibility study (PFS) for the resumption of the Langer Heinrich uranium mine has provided enhanced economics and potential for capacity expansion at the Namibian mine.

The study has confirmed that $80-million in capital will be required to support a 5.2 million pound a year operation.

Paladin began the two-stream PFS in March. The first phase PFS1 which has now been completed focused on a rapid, low capital and low risk restart. The second stage of the study is looking into potential changes to Langer Heinrich mineral processing flowsheet, including the recovery of vanadium as a by-product.

On Monday Paladin Energy said there were opportunities to increase production to 6.5million pounds a year through additional high return, discretionary capital spend of $30million, further enhancing access to offtake and financing.

“The Langer Heinrich mine is a world-class uranium asset and this study confirms Paladin’s key position as a first-mover back into production in a recovering uranium market,” said CEO Scott Sullivan.

Langer Heinrich, located in the Namib Desert and is 80 km East of the major seaport of Walvis Bay and 40 km South-East of Namibia’s and the world’s longest running open pit uranium mine, Rio Tinto Group’s Rössing.

“Achieving productions of over five million pounds at a cost of under $30/lb and with a 12 month lead time on execution, were key targets of the board and executive team, and will see Langer Heinrich in an enviable position when uranium prices recover.”

PFS2 will also look at opportunities including reagent recovery and recycling ore sorting to improve uranium selectivity and the use of crushing and ore beneficiation expansion to improve uranium recovery, especially from the processing of low-grade ore.