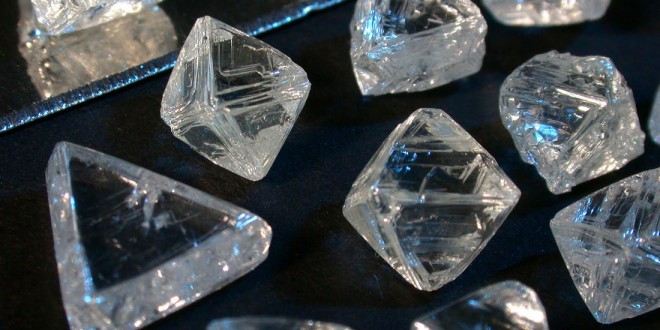 Interim figures for De Beers rough diamond sales for cycle four of 2018 showed an increase of US$550 million (N$7 billion).

The figures are from Global sightholder sales and auction sales show that the sales value for the third cycle of 2018 stood at US$524 million (N$6,62 billion), slightly lower than what was recorded in cycle four, 2018.

“In the fourth sales cycle of the year, we saw robust demand for De Beers’ rough diamonds, reflecting continued strong demand for diamond jewellery, especially from American consumers, as we head towards the important JCK Las Vegas trade show at the start of June,” said Bruce Cleaver, chief executive of the De Beers Group.

The diamond industry in Namibia saw an increase of 15% during 2017 in terms of production.

The diamond industry paid more in royalties than others in the minerals sector, who paid a combined N$172,8 million during the 2017/18 financial year.