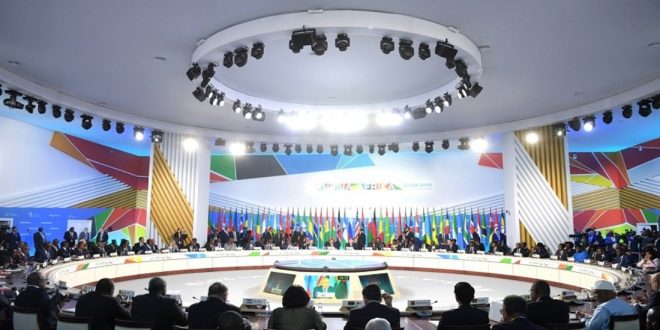 Russian companies have offered African countries solutions based on the internet of things (IoT) and artificial intelligence (AI) to boost mining production.

The offers follow the realisation that traditional means are becoming increasingly expensive, with productivity falling due to technical maintenance costs, unreliable equipment, reactive troubleshooting, a lower equipment utilisation coefficient and accidents connected to the transgression of safety regulations.

This was the prevailing theme at a panel discussion entitled: “The Mining Industry in Africa: New Russian Technologies and High Efficiency” held as part of the recent Russia-Africa Summit and Economic Forum in Sochi

He said the system of production control allowed for efficiency of the mine fleet and optimise ore production and transportation, increasing mining volume by 15 per cent.

The robotic trucks performance is 20 percent higher than that of the usual technology.

“Our autonomous dump trucks are already operational in Russia and Morocco,” Bogachev said.

“We now know the approximate volume and quantities of mineral resources that our country possesses,” he said.

“We know that Russia has accumulated the knowledge and experience to help Sierra Leone evaluate all the information, enabling us to verify and confirm the amount, type and estimated value of the natural resources.”

“This satisfies the interests of the labour unions, employers, owners and, ultimately, the state. It also increases the productivity of the industry safely,” Oyema stated.

The mineral industry is key to the industrial potential and export of many African countries.

Almost 75 percent of foreign investment is destined for that sector.

Previous Uranium Miner Sets out Programme to Determine Economic Feasibility at Tumas Channel Project.
Next Having Kimura onboard is strategic- MineHub Consortium