Breaking News
Home / Features / Why use a triple point of water? 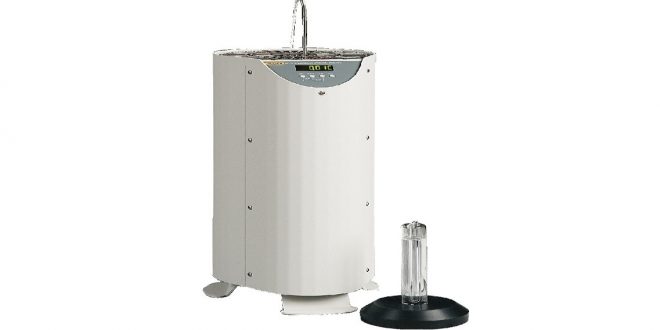 Why use a triple point of water?

Despite primary standards being expensive and complex to use, there is, however, an exception to that and it’s the Triple Point of Water Cell.

The fixed-points, sometimes called intrinsic standards, are used to define the International Temperature Scale of 1990 (ITS-90).

Second, they provide a critical calibration point with unequaled uncertainties.

Third, for users who characterize probes using ratios (that is, they use the ratios of the resistances at various ITS-90 fixed points to the resistance of the thermometer at the triple point of water, indicated by “W”), interim checks at the triple point of water allow for quick and easy updates to the characterizations of critical thermometer standards, which can be used to extend calibration intervals.

Good triple point of water cells contains only pure water and pure water vapor. (There is almost no residual air left in them.)

When a portion of the water is frozen correctly and water coexists within the cell in its three phases, the “triple point of water” is realized.

Comtest has on offer Fluke Calibration’s 9210 Triple Point of Water maintenance apparatus that provides built-in programming for the simple supercool-and-shake realization and maintenance of the 5901B Mini TPW Cell.

Simply insert the cell, enter the ‘freeze mode’ through the front panel buttons, and in no time at all the 9210 will audibly alert the user that the mini cell may be removed.

Shaking it will initiate the freezing portion of the water.  On reinsertion of the cell, the program can be changed to ‘maintain mode’ and then it’s 0.01 °C for the balance of the day, with an uncertainty of only + 0.0005 °C.