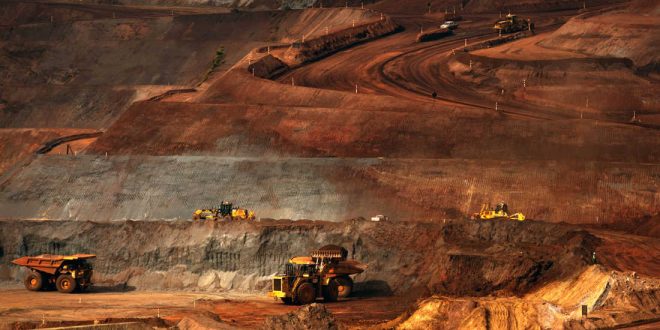 Namibia’s first iron mine, Lodestone’s Dordabis iron mine which began producing magnetite and hematite products for niche consumers in mid-2015, has an estimated life up to 2035, according to the Chamber of Mines Annual Review.

Production commenced at the Dordabis iron ore mine in July 2015 producing 4000 tonnes of iron during the year in review.

The company signed its first off-take agreement with Ohorongo Cement and the Bankable Feasibility Study (BFS) was finalised at the end of 2015.

A regional geological survey was completed on all of Lodestone’s EPL’s in 2015. The company continued to employ and train a local workforce as operations commenced.

Lodestone Namibia is a private company that was established in 2006 and owns the Dordabis iron ore mine. The company was established to produce iron ore for uranium producers in Namibia as well as magnetite and hematite for industrial consumers. According to the chamber’s annual review, magnetite is used by Ohorongo in cement manufacturing, further signifying upstream value addition with locally produced inputs.

Lodestone Dordabis is a small mining operation with a modest turnover in 2015 of N$5.1 million. Fixed investment in 2015 amounted to N$6 million, exploration expenditures were N$2 million and royalties paid were N$153,000.

The shareholders of the company include German Institutions who have a 50.34% stake, Namibian individuals with 14.91%, German nationals with 11.19%, a US citizen with 7.46%, and other investors from Germany, the USA and the UK with a combined holding of 16.11%.