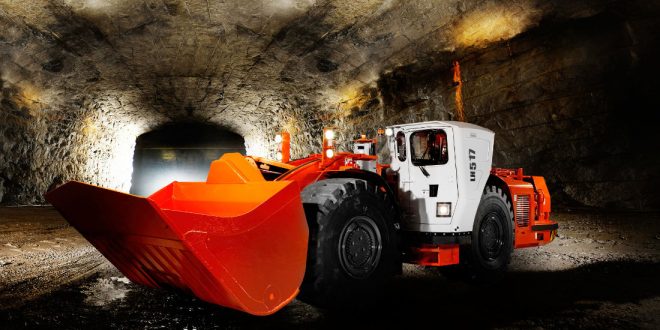 There are three main challenges facing the Namibian mining sector: insufficient rail services, water shortages and the introduction of policies that could stunt investment.

Chamber of Mines of Namibia CEO Veston Malango tells Mining Weekly that these challenges will be key topics of discussion at the chamber’s sixth annual Namibian Mining Expo and Conference, taking place on April 26 and 27, at the Windhoek Showgrounds.

“Many Namibian mines rely on rail infrastructure for the safe and effective transport of their input and product and, although infrastructure exists, locomotives have not been properly maintained or operated,” says Malango.

A large proportion of the rolling stock is not operational, forcing mining companies to use a significantly congested road network.

“Positively, the Namibian government has recently procured six refurbished locomotives and 90 railway wagons specifically for the transportation of sulphuric acid to some of these mines, which will relieve some of the pressure on road infrastructure,” Malango explains.

Further challenging the sector is the water shortage that Namibia has been tackling since 2015, particularly in the country’s central area, which can have a detrimental impact on the normal operations of mines in the area.

“There have not been any direct consequences yet but, if the water shortage persists, it is likely that these mines will have to curtail production,” Malango says.

There are also certain policy proposals on the table that could threaten the investment climate of the country, he says in reference to the Namibia Investment Promotion Act and the New Equitable Economic Empowerment Framework Bill.

He explains that these policies could potentially drive investors away.“However, these policies have been deliberated on extensively by all implicated stakeholders, and we are confident that a win-win policy stance will be adopted by government.”

Other key topics to be discussed at the chamber’s annual expo and conference include the contribution the mining sector can make to national development through effective partnerships and corporate social responsibility programmes in nonmining regions in the country.

How Namibia has reaped the benefits of investments in the mining sector will also be discussed, with the country seeing the sector rake in some N$40-billion in investments over five years.

“Namibia has a wealth of known and unknown resources such as copper, diamonds, zinc, uranium and a number of other minerals,” states Malango, stressing that potential for growth in Namibia’s mining sector is not pinned to a single mineral.

The country has also just witnessed the second-largest uranium mine, Husab, come into production on December 30, 2016.

The mine is located near Swakopmund and is about 60 km from Walvis Bay. It reportedly has the potential to produce 6 800 t/y of uranium oxide.

“The industry is expected to grow further through a number of advanced projects, which are likely to come into production in the near future, and ongoing exploration efforts and investments.”

Mining accounts for 11.5% of gross domestic product, but provides more than 50% of foreign exchange earnings in Namibia.

The Namibian Mining Expo and Conference was first held in 2010, when it was a biennial event, to showcase the Namibian mining sector to the general public, potential investors and all interested stakeholders.

Because of growing demand from the industry, a decision was taken at council level to hold the event yearly.

The chamber decided to host the event after it identified a need to showcase the mining sector and generate awareness about the sector among the working class.

“The mining expo and conference serves as an opportunity for the entire sector to gather under one roof and present itself to the various stakeholders and the general public, as well as an international audience.”

“Namibia has been ranked by the Fraser Institute Survey of Mining Companies and the Behre Dolbear ‘Where to Invest’ report as one of the most attractive destinations for mining investment and this event is a valuable occasion for foreign investors to learn more about the Namibian mining sector,” Malango explains.

The expo is also a platform for service providers to showcase their products to established networks and attract potential business through the supply of inputs and services to the sector.