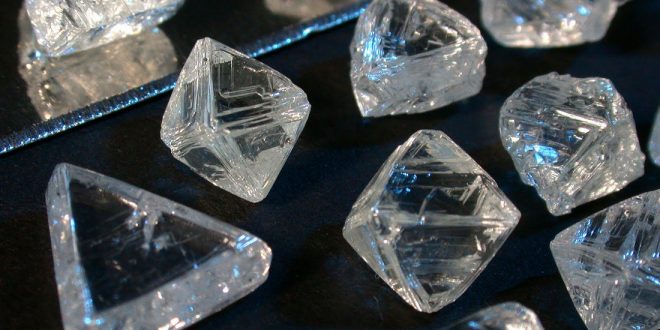 Namdeb, a joint venture between the Namibian government and diamond giant De Beers, announced on Thursday that a new long-term business plan had been approved, allowing the company to extend the life of its land-based mines by 20 years, to 2042.
De Beers — which also mines diamonds offshore through its Debmarine Namibia unit — will benefit from royalty relief from 2021 to 2025, lowering its royalty rate from 10% to 5%.
This royalty discount translates to an additional fiscal contribution for Namibia of approximately N$40 billion (about $2.7bn), thanks to additional taxes, dividends and royalties from the extended life of its mines, Namdeb said in the statement.
“This new business plan means that Namdeb’s future is now secure, and the company is positioned to continue making a significant contribution to the Namibian economy, the socio-economic development of the Oranjemund community and the lives of Namdeb employees,” De Beers CEO Bruce Cleaver said.
The deal will enable eight million additional carats of Namibian diamonds to be produced, the executive said, adding that the life of mine extensions will create 600 new jobs. Namdeb currently employs 2,100 people.
Namibia’s mines minister Tom Alweendo said the closure of Namdeb’s mines would have been devastating.
Namdeb CEO Riaan Burger said production will be ramped up over the next 2-1/2 years to approximately 160% of the current capacity, requiring a capital investment of around N$1.8 billion ($122 million) and a “significant” increase in operational cost.