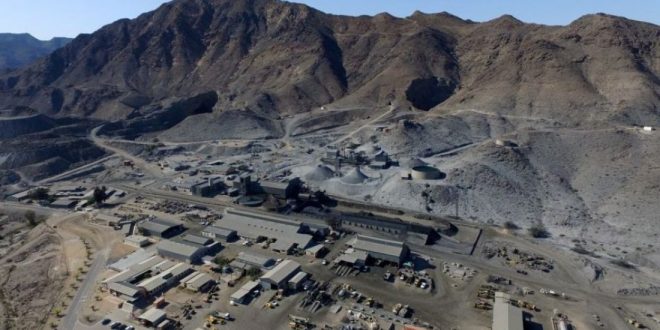 The Vancouver-based miner Trevali has explained that it would still publish the Rosh Pinah 2.0 expansion project pre-feasibility study in the second quarter, but that an investment decision initially planned for 2020 would be deferred.

Trevali deferred its expansion plans for the Rosh Pinah zinc mine in Namibia as it moves to preserve liquidity during the coronavirus pandemic.

The Rosh Pinah expansion formed part of the T90 program that Trevali launched in November 2019.

The company reported production of 99 million pounds of zinc in Q1 2020, excluding the Caribou mine in Canada’s New Brunswick province, which was placed on care and maintenance due to the coronavirus outbreak.

“We safely placed our Caribou mine on a care and maintenance program while delivering $30 million in sustainable efficiencies from our other three mines, supporting our goal to reduce the cost structure of our business to a targeted all-in-sustaining-cost of lower than $0.90 per pound,” said CEO Ricus Grimbeek in a media release.

“We’ve significantly reduced our discretionary spending for 2020 to preserve near term liquidity by decreasing our planned capital and exploration expenditures by $41 million.”

Trevali announced a net loss of $175.6 million, principally due to a non-cash impairment charge of $137.4 million being recorded relating to Caribou, Santander and exploration properties.

The adjusted net loss for the quarter was $7.3 million, or $0.01 per share, primarily due to the decline in the zinc price and timing of concentrate shipments as a result of COVID-19.

Midday Thursday, Trevali’s stock was down 12.5% on the TSE. The company has a C$56 million market capitalization.