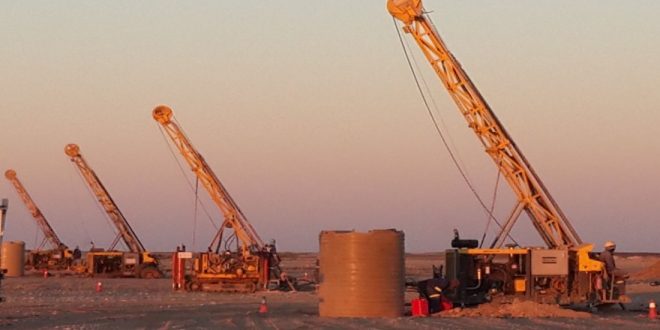 Deep Yellow has reported encouraging drilling results on EPL3497 where new continuous mineralisation has been identified in the Tumas 1 East palaeochannel area along Tributary 5.

According to the company, the program was completed in April 2019 with a total of 211 RC drill holes for 1,951m drilled.

The project’s drill spacings varied from 50m to 100m along lines 200m to 800m apart. 76 of these holes returned positive results of greater than 100ppm eU3O8 over 1m, at an average thickness of the mineralisation is close to 5m.

The ability to add to the current uranium resource base of this project emphasises the strong exploration potential of the uranium-fertile, extensive palaeochannel system including its mineralised tributaries. At this stage, four distinct mineralised zones – Tumas 1 & 2, Tumas 3 and Tubas Red Sand/calcrete deposits have been identified within the 125km of palaeochannels  occurring within the reptile project tenements.

Meanwhile some 50 percent, or approximately 60km, of these palaeochannels still remain to be adequately tested.