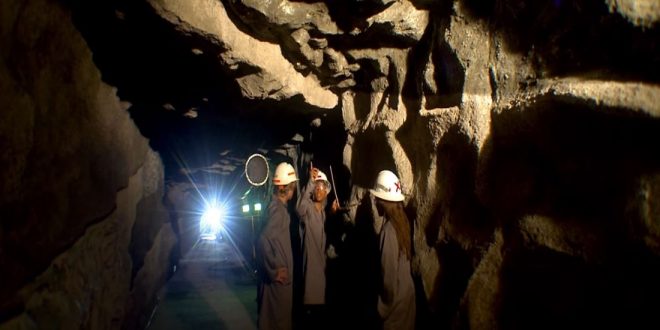 Wits University’s School of Mining Engineering has been further recognised with the award of a National Research Foundation (NRF) rating to a fifth member of staff.

Associate Professor Bekir Genc has received an NRF C2 rating for his work on the management of spontaneous combustion risk in South Africa’s coalfields.

The accolade is based on independent and external evidence of research quality and impact, showing that the work done over a period of time has made a significant contribution to the industry.

Professor Genc said his research focused on showing which areas of the coalfields have high, medium or low risk, based on the Wits-Ehac Index.

“The work has extended knowledge in this field of coal mining, and there has been demand from both local and international coal mines for testing over the last 12 years,” he said.

He also initiated a project to explore intrinsic factors affecting spontaneous combustion, developing the research idea as a PhD study. The project was supported by the Coaltech Research Association and the findings were well received – leading to seven journal articles and two conference papers.

The NRF award contributes towards raising the profile of the School of Mining Engineering and Wits University generally – in both the local and international sphere, according to Head of School Professor Cuthbert Musingwini.

“As the rating is conducted by independent reviewers who are experts in the field, this confirms Professor Genc’s standing as an established researcher and an expert in his field” said Professor Musingwini.

He noted that this level of recognition was another step towards achieving Wits University’s Vision 2022 – to be a leading research-intensive university in the Top 100 universities worldwide by the year 2022.

Professor Genc is a fellow of the South African Institute of Mining and Metallurgy, a member of the Society of Mining Professors, and a registered professional engineer with the Engineering Council of South Africa.