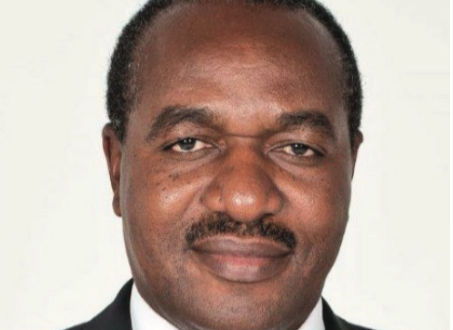 Chamber of Mines to host Expo

The current slump in commodity prices spells a sombre outlook for the global mining industry, yet Namibia is well placed to weather the storm, said Chamber of Mines chief executive officer, Veston Malango, at the launch of the 2016 Mining Expo & Conference last week.

This year, the Mining Expo & Conference will be held on 27 and 28 April at the Windhoek Showgrounds, Malango announced.

The chamber expects around 120 exhibitors varying from the country’s major mines to mining industry service providers. Big names like Rio Tinto, Namdeb and B2Gold have already confirmed their participation.

The theme for this year’s conference will be ‘The Namibian Mining Industry – Weathering the Storm.’

It comes as no surprise that declining commodity prices over the past few years have adverse effects on the mining sector locally and globally, said Malango.

However, the Namibian mining sector finds itself in a fortunate position whereby recent investments are culminating in increased production.

The ramping up of B2Gold’s Otjikoto gold mine and Weatherly’s Tschudi copper project, as well as the scheduled start-up of Swakop Uranium’s Husab mine are expected to offset any negative impacts on the industry.

Despite a slump in commodity prices, particularly for uranium, diamonds, copper and zinc, Malango remains positive about the Namibian mining sector.

The mining sector remains the largest primary contributor to Namibia’s GDP and the biggest export earner. In 2014, the sector employed a total of 17 770 individuals and contributed significantly to skills development, he said.

Malango emphasised the importance of maintaining a favourable regulatory and investment climate in the sector.

Namibia’s mining industry faces serious challenges with regard to water and power supply, as well as a dire need to upgrade railway infrastructure. We are engaging government to discuss and resolve such challenges to sustain mining sector growth in the future, he said.