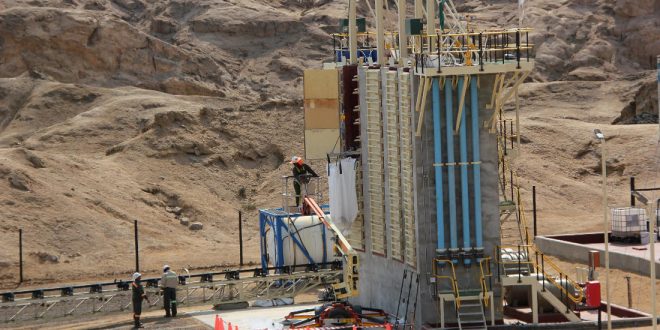 The company says has continued its solid progress over another successful quarter, culminating in commencement of Definitive Feasibility Study (DFS) update to gauge the capital and operating cost improvements.

“Uranium sector sentiment is improving, supply and demand dynamics are tightening and we can foresee a number of catalysts potentially coming into play in the short term,” said Brandon Munro, Bannerman’s Chief Executive Officer.

The DFS update in conjunction with our key consultants, AMEC Foster Wheeler will target substantial capital and operating cost improvements through incorporating the results from the Etango Demonstration Plant and evaluating other value accretive opportunities in processing, mining and infrastructure that have been developed through internal engineering undertaken by the Bannerman team.

According to the company, the DFS update will focus on the key results obtained from the demonstration plant and other work including potential improvements on comminution, heap leaching, processing, infrastructure and mining.

Meanwhile Bannerman has entered into a subscription agreement with the One Economy Foundation to become a 5% loan-carried shareholder in the Etango Project.

This Namibian ownership complies with the Etango project licence conditions and cements a key pillar of Bannerman’s corporate social responsibility in Namibia.

The One Economy Foundation is a prominent Namibian not-for-profit organization with programs that directly support government’s flagship Harambee Prosperity Plan for poverty alleviation.