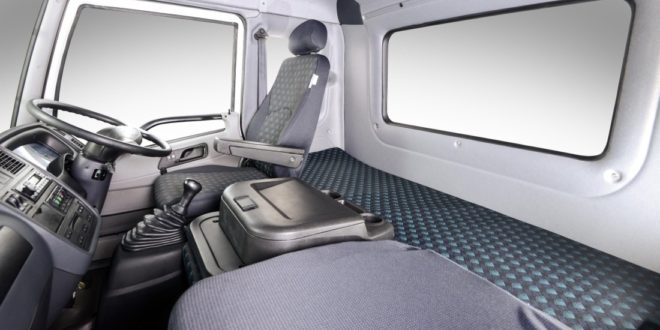 After successfully serving markets throughout the continent from its headquarters in Coega, Gqeberha, Port Elizabeth for a number of years, commercial vehicle manufacturer FAW Trucks has reintroduced the brand in Namibia, reinforcing its steadfast commitment to clients.

FAW Trucks found a dependable home with Africa Commercial Vehicles (ACV), a dominant force in the Namibian commercial vehicle sector, in 2018, according to a statement released this week.

“As one of the country’s most reputable dealers, ACV has been providing consistently high levels of customer service and after-sales support from its premises in Windhoek, and as a result, the FAW Trucks brand has flourished, the manufactured said.

ACV was first established in 1996 and has, since then, grown into a well-respected entity. It has always been at the leading edge of doing business and in 2014 became the first vehicle dealership in Namibia to adopt a cloud-based data management system. Since becoming the authorized FAW Trucks dealership, the business has expanded to such an extent that it had to move to larger premises.

Apart from handling sales, ACV’s 1 850 m2 facility, located next to the B1 national highway, houses a workshop consisting of 18 work bays, four electric lifts and two 16-metre work pits. There is also a large storeroom that carries the full spectrum of spares and parts required to service and maintain all FAW Trucks models. Looking after customers that are further afield, ACV also has a service and parts facility in Walvis Bay and more than ten authorized FAW Trucks repairers across Namibia.

“ACV is a great fit for FAW Trucks as the two entities subscribe to the same values of honesty, quality, commitment and forging long-lasting relationships,” said Jianyu Hao, CEO of FAW South Africa.

Jakkie Coetzee, dealer principal at ACV added;. “We too are committed to truck sales and service of the highest quality. Our mission, vision and values form the heart of our organisation and we proudly display these on everything from service labels to business cards. We do business ethically and I believe this is one of the reasons why FAW Trucks continues to gain momentum in the Namibian market.”

Coetzee, who has been with ACV since 2010, has complete trust in the FAW Trucks brand. “With a host of different engine capacities, payload allowances and body options on offer, Namibian businesses big and small can rely on our products to get the job done.”

As is the case with vehicle markets around the globe, Namibia has been severely impacted by the negative effects of the COVID-19 pandemic. However, the market is showing some green shoots and Coetzee believes it will take a significant turn for the better in the months to come. His confidence is further bolstered by the fact that ACV recently received an order for five 8.140 FAW Truck units from a new customer to the brand. These units will be sourced from the assembly plant in Coega.

The 8.140 (5-tonne) competes in the HCV segment of the local market and has a body and payload allowance of 6 tonnes. Providing seating for a driver and two passengers, it features a spacious and ergonomically designed cab, while air-conditioning and a radio with MP3 and USB functionality are standard. It is fitted with a Euro 3 Cummins ISF 3,8-litre engine, a ZF six-speed manual transmission and a full air dual circuit WABCO braking system with ABS.

“FAW Trucks has such a solid reputation for strength, reliability, ease of operation and value for money that the units virtually sell themselves. Our job is to ensure that we continue to provide customers with dedicated service and support of the highest quality. Buyers need to know that we are here for the long haul and that we will honour all warranties, service plans and after-sales requirements. FAW Trucks are built to last and we, as a dealership, need to instil that same confidence,” said ACV sales manager, Christian Koch.

“FAW Trucks is, and will always be, committed to Africa and its people. We strongly believe that with established and respected partners such as ACV, FAW Trucks will benefit from the growing demand for commercial vehicles on the continent,” Hao concluded.