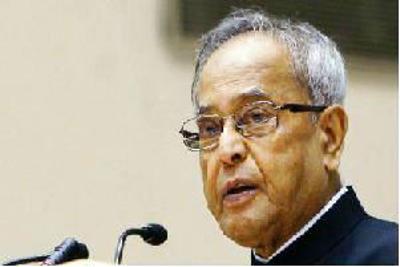 Addressing students of Namibia University of Science and Technology, Mukherjee said Namibia is blessed with rich natural resources and an abundance of mineral wealth.

“Their efficient extraction and value addition using environment-friendly methods will contribute to the sustainable development of Namibia’s mining sector. Our public and private enterprises stand ready to join your endeavours in this direction,” Mukherjee said.

He recalled the old friendship between the two countries and cited India’s example which was earlier a food importer and later emerged as the world’s largest producer of wheat and rice for two years.

“At the time of India’s independence, India, due to her weak agriculture sector, had to import food grains. However, soon enough, due to proper planning and synergy between science and public policy, the excellence of our scientists and the selfless toil of our farmers, our country saw a revolution in agricultural productivity,” he said.

He said in the sphere of bilateral trade and investment, fruitful economic exchanges between India and Namibia underscore the much larger potential waiting to be realised.

The President said an MoU has been signed on setting up a centre of excellence in IT in Namibia which will contribute to enhancing the capacity and skill levels of Namibian IT students and professionals.

“We intend to commence the setting up of this centre as soon as possible, in consultation with the Government of Namibia,” he said drawing huge applause.

Mukherjee said during bilateral discourse, the areas that have been prioritised for collaboration between the two countries include human resource development, capacity building and educational and cultural exchanges.

“In this context, I would like to mention India’s flagship programmes like Skill India, Make in India, Digital India and 100 Smart Cities as they could be successful models in Namibia as well,” he said.

The President said “India remains committed to partnering with Namibia as your people pursue their developmental goals and national aspirations embodied in Government of Namibia’s ‘Vision 2030’ and ‘Harambee Prosperity Plan”.