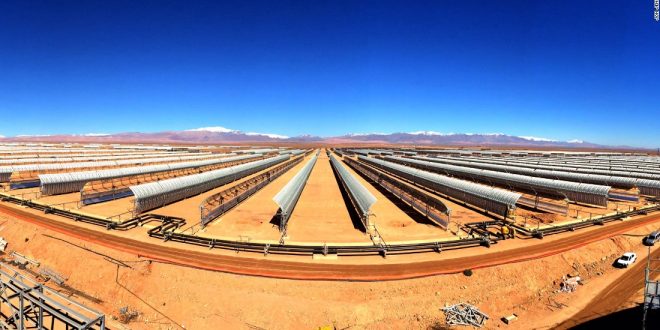 In November 2016, OLC Solar Energy signed a contract with regional distributor, Erongored, for a 3MW power plant in Arandis. This plant is due to come on stream next month. Construction started in January 2017.

The Managing Director of O&L Energy, Mr Bernd Walbaum said “Construction of the [Tsumeb] plant is expected to kick off towards the middle of this year while we plan to be operational by the end of 2017.”

“We aim to position ourselves as leaders for renewable energy by being a respected Independent Power Producer (IPP) in Namibia. Together with our joint venture partner Cronimet Power Solutions GmbH, I am confident that we will be very successful in our endeavours and the projects we embark on” Walbaum added.

The Managing Director of Croniment Power Solutions, Mr Steffen Kammerer said “With this second award of a highly competitive tender by Namibia’s regional energy distributors, it is further testimony to the competitive advantage our strategic joint venture is delivering to our stakeholders in Namibia’s maturing Photo-Voltaic market.”

Executive Chairman of the O&L Group, Sven Thieme stressed the environmental sustainability of the project, congratulating OLC Solar Energy, and the O&L subsidiary O&L Energy. This contract takes O&L to an even higher level of involvement to contribute to the dream of a Namibia that relies on its own energy resources, he commented.