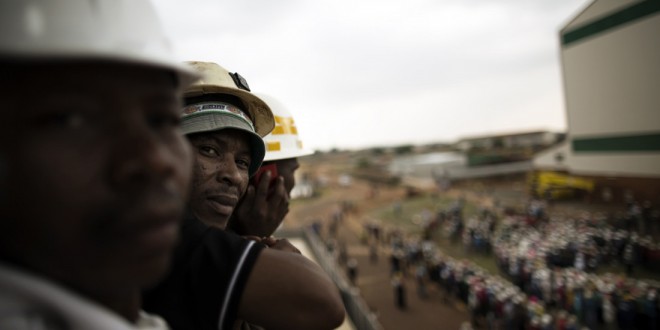 One of the most prominent Australian miners in Africa said this recent global equity markets should not under-estimate the economic powerhouse that mining can deliver to the continent.

Addressing the Paydirt 2015 Africa Down Under Conference in Perth, Australia, Resolute Mining CEO, John Welborn, told delegates that the business juggernaut that is now China, had to be contrasted to 1978 when it was one of the poorest countries in the world.

“Take that same scenario to Africa and by 2040, Africa is projected to have more than one point one billion people of working age,” Welborn said.

“What the mining industry can do to deliver a better Africa is to attract capital and international finance, ensure transparent negotiations and mining agreements, create jobs and skills, support local industry, build and transfer infrastructure, pay taxes and support a framework for economic advancement.”

Welborn told the Conference Resolute expected gold output for FY2016 of 315,000 ounces at cash costs around US$700 per ounce but had set its sights on building a larger production base and driving their existing mines down the global cost curve.

“This year there is potential for additional gold sales and a cash boost through a reduction of gold in circuit inventory and the utilisation of available ore stockpiles,” he said.

He said their’s 80% owned Syama gold mine in Mali had the potential to be a “tier one” project with a mine life beyond 2028 and was a site capable of producing in excess of 250,000 ounces of gold per annum s its open pit prepares to move to an underground operation.