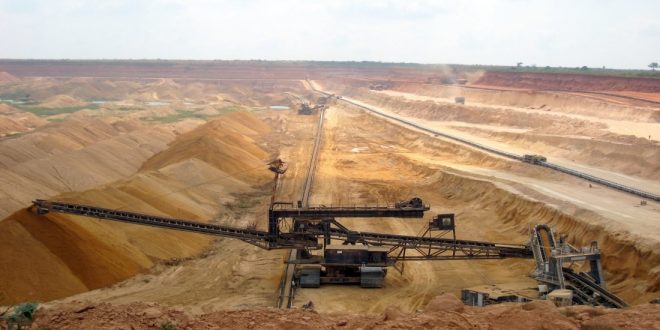 Andrew Maramwidze May 3, 2022 Business, News, Top Stories Comments Off on More needs to be done to restore investor confidence in Namibia’s mining sector-Chamber of Mines 1,189 Views

In terms of Namibia’s policy attractiveness as a mining jurisdiction, research into the mining industry has yielded mixed results.

According to Hilifa Mbako, President of the Namibian Chamber of Mines, this should serve as a clear warning to the government that much more needs to be done to restore investor confidence in Namibia as a stable and attractive mining jurisdiction.

Mbako stated this during the chamber’s virtual annual general meeting on Wednesday.

He stated in his 2021 review that the sector began to reap the benefits of an improving commodity price environment in 2021, right in the midst of the pandemic.

Looking forward, Mbako said: “there is much optimism for mining in Namibia and local economic outlooks all indicate a sustained positive two years of growth for mining in a rebounding commodity price environment”.

Total capital investment reported by chamber members posted another increase of 15.3% of gross fixed capital formation in 2021, totalling N$5.592 billion. The investment was driven by the construction of Debmarine’s new mining vessel, the Benguela Gem, along with expansion projects at the Otjikoto gold mine, Rosh Pinah mine and Navachab.

“The mining sector has collectively invested N$14.1 billion over the last three years, a sure indication that the industry is also a major source and contributor of direct investment into Namibia, whereas other sectors have registered declining levels in recent years,” said the president.

According to Mbako, the chamber holds a strong view that the mining sector is well-positioned to support Namibia’s much-needed economic recovery in the next two years instead of increasing mineral commodity prices and higher output for diamonds and uranium.

He noted the view is supported by the strong growth rate for mining in 2021, which recorded 13.6%.

The growth is attributed to an increase in the production of diamonds and uranium, and a moderate increase in gold output.

Mining also remained the primary sector anchor of the economy and the largest contributor to gross domestic product (GDP), which amounted to 9.1% in 2021.

Meanwhile, total revenue to government paid by chamber members decreased by 17.43% in 2021 as a result of lower sales revenues and profits realised, as compared to 2020 corporate taxes paid by the industry that fell from N$2.2027 billion in 2020 to N$1.553 billion in 2021 due to the lower profits recorded.

On employment creation, he said the sector collectively employed 15 246 people for the period under review. “The direct employment consisted of 8 640 permanent employees, 1 103 temporary employees and 5 503 contractors. Applying a conservative mining multiplier of seven, the mining industry created 106 722 jobs, which is a sizeable portion of Namibia’s workforce,” stated the chamber president.

At the same occasion, mines minister Tom Alweendo said the sector continues to be important, but collaboration between the regulator, the government, and the sector is key to unlocking many more opportunities.

“Efforts to improve attractiveness of the sector is to make it more transparent. I am also more concerned about how Namibians are not involved in the mining sector,” said Alweendo.