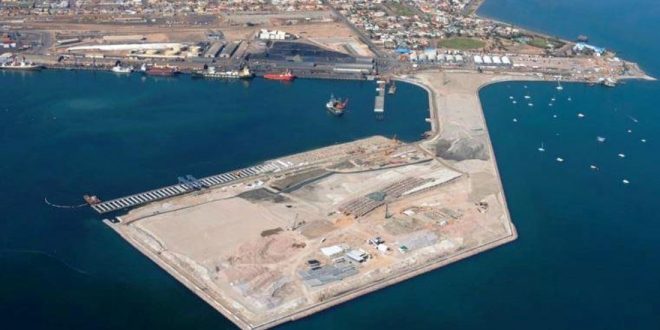 Export of minerals have increased, the Namibia Ports Authority (NamPort) has announced.

The development comes on the backdrop of efforts to gain a foothold of transit volume in the region.

According to NamPort, the bulk exports increased year-on year by seven percent while the export of minerals such as copper, lead and zinc increased significantly riding on favorable metal exchange prices, the company’s 2017/18 annual report table in parliament this week revealed.

“Equally encouraging, imports of mining chemicals and regents have increased on the outbound leg to Ndola in Zambia and to Lubumbashi in the Democratic Republic of Congo,” part of the report reads.

“Operating profits for the year increased with 32 percent amounting to N$121 million, up from N$92 million in the previous financial year.

This was largely due to the operating cost across the group. Operating cost increased by  eight percent as a result of annual adjustment in employments and other operational cost.”

“During the reporting year much preparatory work was done to upgrade its process and procedure to meet the new specifications standards.

Internationally the standard is being updated and integrated, specifically relating to occupational health and safety.

“The safety, health, environment and lit for the migration especially ensuring that NamPort new management system retains its alignments worth our stranger,” reads the report.

Meanwhile construction of the new container terminal is progressing on schedule and the project now stands at 85 percent completion.

The project is scheduled for completion and commission early in the 2019/20 financial year.