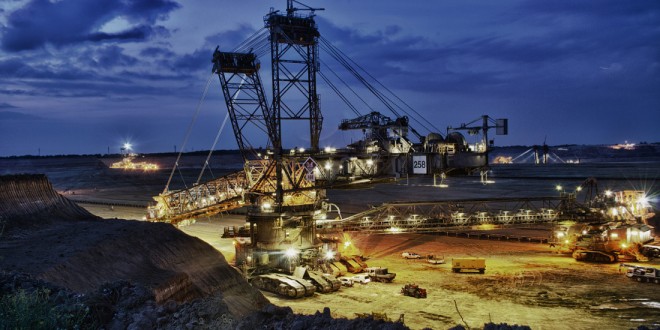 Mining magnate B2Gold Corporation achieved record second quarter and first quarter first-half gold production output which saw production increases by 42%. This is the combined effort of three mines in Africa, one of them in Namibia.

According to the Canadian mining outfit last week, the 2015 second quarter highlights included a recorded quarterly consolidated gold production of 121,566 ounces, 42% greater than in the same period in 2014.

Said B2Gold, “the increased gold production was primarily attributable to the successful production start and strong ramp-up in production at the new Otjikoto Mine, as well as increased production from both the Masbate and Limon mines”.

Consolidated gold production for the half-year was a record 237,425 ounces (including 18,815 ounces of pre-commercial production from Otjikoto), an increase of 30% over the same period in 2014 and 4,191 ounces greater than budget.

Meanwhile focusing on the Otjikoto Mine, B2Gold said, in the second quarter of 2015, the first full quarter of commercial production, the new mine produced 36,963 ounces of gold compared to its budget of 35,106 ounces and 31,134 ounces (including 18,815 ounces of pre-commercial production) in the first quarter of 2015. Higher than budgeted gold production was mainly the result of better than expected mill throughput (711,462 tonnes processed versus 624,112 tonnes budgeted) and mill recoveries (98.7% versus 95.6% budgeted).

During the quarter, the average daily mill throughput was approximately 7900 tonnes of ore exceeding the design capacity of approximately 6800 tonnes of ore per day. The average gold grade processed was 1.63 grams per tonne (g/t) compared to budget of 1.83 g/t. The processed gold grade continues to increase towards budget as the mine optimizes mining grade control to reduce ore loss and dilution and continues to fine-tune the new on-site assay laboratory.

“This improvement is expected to continue as the mine gets below the complex upper oxide portion of the ore body and reaches primary ore. A new resource model incorporating 2014 drilling, grade control data, and in pit mapping is expected in August.”

“Expansion of the Otjikoto mill from 2.5 million tonnes per year to 3.0 million tonnes per year continues on schedule and is expected to be completed by the end of September 2015. The planned two additional leach tanks have now been erected and installation of the mechanical equipment has begun. Arrival of the pebble crusher and other mechanical equipment is expected during July with the installation to commence immediately,” they added.

B2Gold said all ore in 2015 will come from the existing Otjikoto pit. Once the planned mill expansion is completed in the third quarter of 2015, the company expects that annual gold production from the main Otjikoto pit will increase significantly to approximately 200,000 ounces in 2016 and 2017.

Previous Namdeb unleashes the Zaamwani Surveyor
Next Simulation training centre, a first for the market