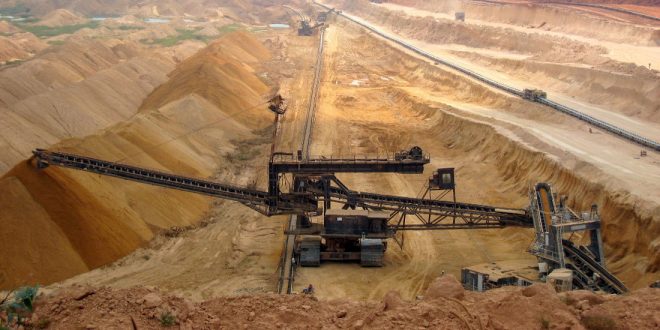 The environment ministry approved an application by an Arab-majority owned company to extract marine phosphate from the sea, despite concerns about a lack of consultations and the danger to the ocean ecosystem.

Phosphate, which will be used to make fertilisers, is expected to be extracted around 120 kilometres into the sea, south-west of Walvis Bay, for over 20 years.

There has been division among government officials on whether to allow the project, with some environmentalists saying it will harm the ocean’s ecosystem, especially since marine phosphate mining has not been done anywhere else in the world. Environmental commissioner Teofilus Nghitila said in a letter dated 5 September 2016 that “this letter serves as an environmental clearance certificate for the project to commence”.

In the letter, Nghitila said the environmental impact assessment and management plan submitted to him by the company is sufficient as it made provision for environmental management regarding the proposed phosphate mining.

According to him, regular environmental monitoring and evaluation on the project should be conducted.

Nghitila said targets for improvement should also be established and monitored from time to time.

“In view of the fact that your project is located in an environmentally sensitive area, this ministry reserves the right to attach further legislative and regulatory conditions during the operational phase of the project,” he said.

The commissioner further stated that “the clearance letter does not in any way hold the ministry of environment accountable for misleading information, nor any adverse effects that may arise from the project”.

Furthermore, the seabed and water monitoring must be done on a regular basis, and reports submitted quarterly to the environment ministry.

“Technology to be used should be top-of-the-range (carefully selected) in order to avoid causing unnecessary environmental impacts, with great caution and without placing the health of our marine environment in peril,” he added.

A further condition is that the proposed mining and processing techniques must be reviewed jointly by the company and the regulator against the results of environmental monitoring undertaken on an annual basis.

The commissioner further stated that the environmental clearance certificate will be withdrawn, to preserve the integrity of the marine environment, should negative environmental impacts associated with phosphate mining be observed.

“If it is identified at any time during the environmental monitoring and reporting stages that significant negative environmental impacts have been proven to be associated with the proposed mining, processing or beneficiation techniques, such operations will be terminated,” the environmental commissioner said.

Nghitila did not respond to questions sent to him on Monday.

Environment minister Pohamba Shifeta said the public is free to appeal and he will then decide whether it is based on merit before agreeing with Nghitila’s recommendations.

Public objections, he said, should be directed to his office within the set period.

Phosphate mining has the footprints of President Hage Geingob, who appears to support this project. In fact, the Omanis’ investment in phosphate in Namibia came after he led a business delegation, including Katti, to the Middle East in 2013 when he was Prime Minister.

The fishing sector directly employs over 13 000 people, and around 200 000 if the number is expanded to netmakers as well as the repair and maintenance of vessels and packing, while phosphate mining is estimated to create around 1 000 jobs.

The Confederation of Namibian Fishing Associations’ chairperson Matti Amukwa told the media yesterday that he heard about the decision to approve phosphate mining.

He said the ban on phosphate mining is still in place until Cabinet announces that the moratorium has been lifted. Amukwa insisted that they are not against phosphate mining, but he wants procedures to be followed which would allow the public to be consulted. “It will come back to haunt us if we allow people to mess up,” he noted.

He then questioned the independence of the environmental studies into phosphate mining, since they were paid for by the same company which wants to explore for phosphate in Namibia.

Countries like New Zealand rejected marine phosphate mining. The New Zealand Herald reported last year that the country blocked the plan because the extraction process for phosphate has destructive effects, and that the potential impact could not be mitigated by any set of conditions or adaptive management regime.

In South Africa, The Responsible Fisheries Alliance issued a statement this week to force the government to stop seabed mining because of a lack of proper information.

The alliance suggested an in-depth ecosystem study that will include a broad geographic analysis of the overlap between fishery grounds and prospecting application areas.

Namibia’s marine phosphate mining approval does not have rules regarding the restoration of the environment. The alliance group in South Africa is calling for financial provisions to cover restoration costs once mining had been concluded.