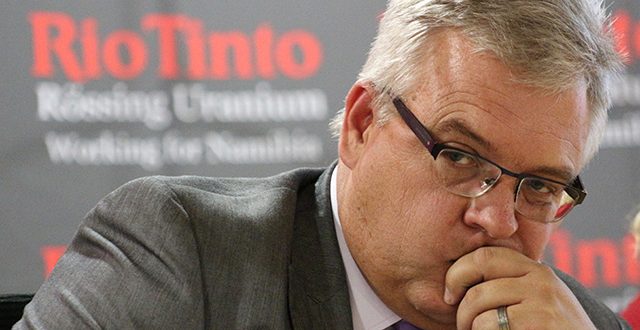 Though the mining giant has not officially acknowledged the negotiations with CGNPC, energy minister Simeon Negumbo has confirmed the development to media.

Rio has close to a 69 percent interest in Rössing, the world’s longest-running open pit uranium mine, while the rest is held by the Iranian Foreign Investment Company (15 percent), the Industrial Corporation of South African (10 percent), the government of Namibia (three percent) and local interests (three percent).

CGNPC seems the logical buyer for Rössing, as it already owns the nearby Husab mine, the world’s third largest uranium-only mine, which is set to produce up to 15-million pounds of uranium a year.

Rössing currently generates about three percent of the global supply of the radioactive commodity, which has seen renewed interest from investors and better prices — they are up more than 30 percent in the past four months only.