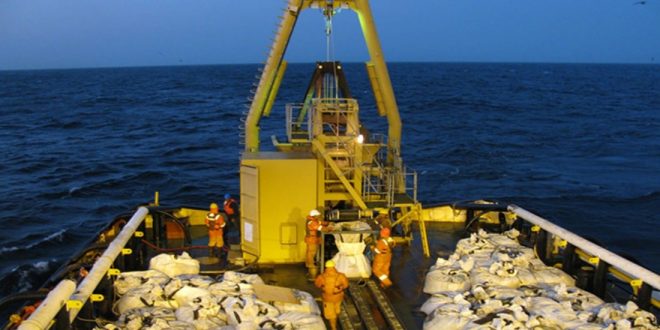 Namibia Marine Phosphate (NMP) in a company statement announced that the high court of Namibia on Wednesday 30th June declared that NMP’s Mining Licence ML170 and the rights conferred to NMP thereunder are not affected by the findings of the court and remains valid.

The legal proceedings were aimed at challenging the validity of NMP’s Mining Licence ML170, based on a review application brought by three fishing associations (CNFA, Hake, Midwater) and a commercial fishing company, Omualu Fishing.

NMP announced that the high court declined to declare their licence, ML170 invalid.

The company also stated that NMP is in agreement with the High Court’s ruling that a ‘listed activity’, as defined under the Environmental Management Act, Act 7 of 2007, may only be undertaken once the necessary environmental clearance certificate has been obtained.

NMP Mining License ML170 was issued in 2011 for 20 years, by the Ministry of Mines and Energy, the licences covers the mineral reserves and resources defined in the companies Sandpiper phosphate deposit.

The Sandpiper phosphate project is expected to employ about 600 employees, directly and indirectly, during its construction and operation

NMP claims that the Sandpiper Project could lead Namibia to become exporters of fertilizer, grow the Namibian Agricultural sector amongst many others, and also aid in global food security.

The company states that they are pleased with the high court ruling in respect of Mining Licence ML170 and now look forward to developing what is an extremely promising project for Namibia.