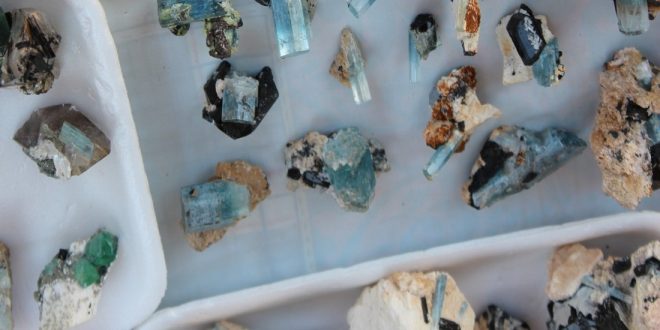 Minister of Finance has announced that the U-turn by the taxman to withdraw the proposal to disallow tax-deductibility of royalties for non-diamond mining companies would encourage investor confidence and economic agents to explore, produce and reinvest in Namibia.

The proposal to not allow non-diamond mining royalties to be deducted for tax purposes was introduced by former minister of finance Calle Schlettwein mainly because the non-diamond mining entities were not paying enough corporate tax.

Early last year, it was reported that more than 30 mining companies which earned about N$85 billion from selling Namibian minerals paid only N$1 billion in corporate tax between 2012 and 2017.

Schlettwein’s proposal was not well received by the mining companies and the chamber of mines.

According to data received from the Ministry of Mines and Energy, non-diamond mining companies paid N$2,3 billion, or about N$300 million per year in royalties between 2010 and 2017.

Taking an average of the 2% royalty rate, that would mean sales revenue for such mining companies was about N$116 billion.

Backing the mining companies were analysts, who had come out strongly against the N$300 million royalties per year, saying this would cause the sector to collapse, or cause an investment divorce from the multibillion-dollar industry.

The low corporate tax collection from the mining sector and the desire to widen the tax net were the main reasons why the government had decided to impose the royalties paid by the non-diamond mining sector, Schlettwein had said then.

In many countries where mining operations exist, royalties on all minerals are tax-deductible.

That is true for countries such as South Africa, Botswana, Zambia, the Democratic Republic of Congo, Tanzania, Australia, Canada and Peru.

Shiimi yesterday said given the challenging economic landscape, it is not the time to introduce new taxes.

He said tax administration measures to achieve equity and fairness in the tax system will continue to be pursued.

This involves ensuring economic agents generating the same level of income pay the right amount of tax at the right time, as well as measures to plug tax avoidance opportunities.

These include the introduction of VAT on the income of listed asset managers, sugar supply, and the mandatory requirement to issue tax invoices by VAT-registered persons.

The plan to expand the coverage of export levies to include specific agricultural, forestry, game and mining products currently not covered by the export levy regime still stands, Shiimi said.

Similarly, revising the export levy for forestry products is still on the cards, he said.