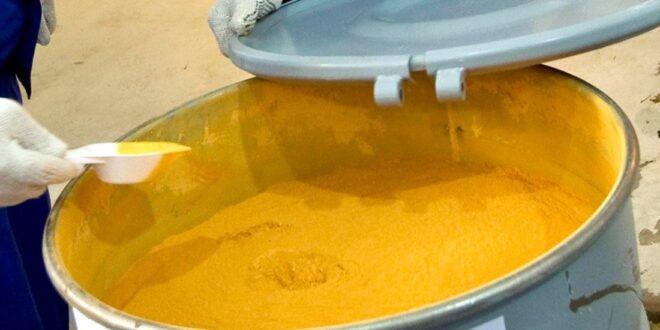 According to sectoral report released last week by the Namibia Statistics Agency (NSA), the Uranium Production Index a increased on a monthly basis by 7.6% in November 2021, compared to a deterioration of 13.5% recorded in the preceding month. On yearly basis, the index posted a growth of 32.2%.

“The growth recorded in the production of uranium on a monthly basis was mainly attributed to high-grade ore being mined. This was driven by the sufficient water supply mostly required to mine and process uranium minerals efficiently during the review period,” said NSA.

Namibia’s Diamond Production Index also increased on a monthly basis by 5.4% in November 2021, compared to a miniscule growth of 1.6% recorded a month earlier. On an annual basis, the index increased by 3.3%.

“The increase registered on a monthly basis in the production of diamonds was mainly due to an increase in the global demand,” said the report.

Mining is one of the biggest contributors to Namibia’s economy in terms of revenue. Its contribution to the gross domestic product (GDP) is also very important and makes it one of the largest economic sectors of the country. Namibia produces commercial quantities of diamonds, uranium, copper, magnesium, zinc, silver, gold, lead, semi-precious stones and industrial minerals.

Previous Omnia’s BME launches its most advanced electronic blast detonation system
Next Investors’ interest is in agriculture, mining and other key sectors: NIPDB