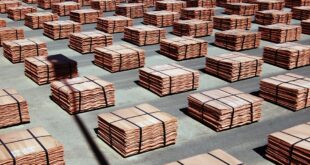 When the Chinese Husab Mine is in full production it is expected to move 150 million tonnes of rock and 15 million tonnes of processed ore per year and consume 80 million litres of diesel in doing so, according to Engen’s Commercial Services Manager, Paindane Henrique.

Engen Petroleum will be the fuel and lubricant service provider for the Husab uranium project and will ensure full operational efficiency for the mine. The deadline to prove their capacity is this month.

Following a considered evaluation process, the contract for the provision of facilities, fuel, lubricants and services was awarded to Engen.

China General Nuclear Power Holding Corporation is China’s biggest producer of nuclear energy. It is the driving force behind the Husab uranium project. It has commenced mining at Husab and once in full production, Husab will be one of the largest uranium mines in the world.

Kotze said the company is proud to have been appointed the fuel and lubricant service provider on a project of this magnitude and importance to Namibia.

“Engen has been involved in the design, procurement and construction of the fuel storage and dispensing facility, and will assume full responsibility for the day-to-day management and reporting,” said Kotze.

“Husab is also an important HSEQ project for Engen, as it is both a flagship operation, with strict criteria on Health, Safety, Environment and Quality and an opportunity for us to benchmark our capabilities and offering to the mining sector as a whole,” he added.

Namibia is currently the world’s fifth-largest producer of uranium and will overtake Niger and Australia because of Husab’s production.

Meanwhile Kotze said to establish an operational fuel facility for a mine the size of the Husab, and which is located approximately 60km from Swakopmund, is no easy task. “We are currently operating from a temporary facility with the permanent facility nearing completion” he explained.

“Construction of the permanent facility started in May last year and should be completed and commissioned in late March 2016,” he said. 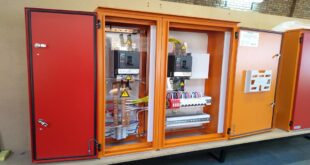