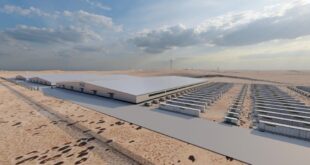 Production at the Langer Heinrich Mine in the Erongo region slowed down this year.

Chairman Rick Crabb said recently that the slowdown was due to ‘temporary technical issues’. Crabb said the problem has since been rectified and a solid production outlook is expected.

“In addition to cost reduction initiatives during the 2015 financial year in July and August this year, the company announced a number of further measures aimed at making Paladin cash-flow positive in the current uranium price environment. Further work remains to be done in 2016, particularly to strengthen the balance sheet and to improve production at Langer Heinrich, while reducing costs,” he said.

The mine is the fourth-largest uranium open-pit mine in the world, with a lifespan of 20 years. It has proven reserves of 113 million pounds of uranium oxide.

The further retreat in the uranium price and overall deterioration in commodity-related equities during the 2015 financial year presented continued on going challenges for the company.

During 2014, the uranium spot price touched a nine-year low, but has since recovered somewhat.

“Expectations are for an upward trend to develop, but the market is experiencing continued volatility. Virtually all other commodities, however, are experiencing all-time lows and uranium is generally regarded as a commodity with a better medium to long term future,” the company said.

Paladin completed a number of important steps to progress recapitalisation of the company through the issuance of three bonds.

These included an entitlement offer and institutional placement to raise US$147 million, the issue of US$150 million senior unsecured convertible bonds and the repurchase of US$300 million November 2015 convertible bonds.

This year, sales revenue reached US$198,6 million with uranium sold at an average price of US$37 per pound.