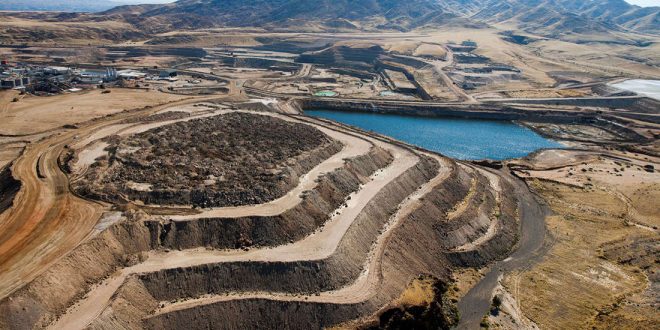 Another Langer Heinrich stake for sale

Paladin Energy is looking to sell another stake in its Langer Heinrich mine numerous publications have stated this week. Paladin is expected to sell 24% of its stake as well as 75% of its Australian operated Manyingee mine in the hopes of raising US$200 million catered towards expansion.

The sale will bolster Paladin’s kitty by an expected US$175 million according to a statement Paladin released last week, “Paladin currently owns 75% of LHM and has signed a non-binding terms sheet with a major participant in the global nuclear power industry to sell it a 24% interest in LHM. If it proceeds on its current terms, the sale is expected to raise US$175 million cash for the Company and be accompanied by long-term arrangements for uranium off-take. The parties are using their best endeavours to prepare definitive documentation for formal execution, including: sale and purchase agreement; shareholders agreement; and documentation for the uranium off-take arrangements”.

Added the mining group, “Paladin is working towards a formal close of the transaction in fourth quarter of 2016 calendar year. Other than as set out in this announcement, the other key terms of this proposed transaction remain confidential, including the identity of the counter-party. Further announcements will be made, as appropriate, including the identity of the counter-party. On completion of the transaction, Paladin will continue to hold 51% of Langer Heinrich Mine and be the operator”.

In 2014, Paladin sold a 25% stake to China National Nuclear Corporation. It said in a statement at the time, “Paladin is pleased to advise that it signed an agreement on 18 January 2014 to sell a 25% joint-venture equity stake in its flagship Langer Heinrich uranium mining operation in Namibia to China Uranium Corporation Limited, a wholly owned subsidiary of China National Nuclear Corporation, the leading Chinese nuclear utility, for consideration of US$190 million.

The off-take component of the agreement will allow CNNC to purchase its pro-rata share of product at the prevailing market spot price. There is also an opportunity for Paladin to benefit by securing additional long term off-take arrangements with CNNC, at arm’s length market rates, from Paladin’s share of Langer Heinrich production.

Paladin said, “the respective Boards of Paladin and CNNC have approved the transaction. Completion is subject only to certain Chinese regulatory approvals (including the National Development and Reform Commission), which are expected to be obtained by mid-2014, and routine consents for the transaction from Paladin’s project financiers and the Bank of Namibia. CNNC has agreed to pay a US$20 million non-refundable deposit to Paladin”.