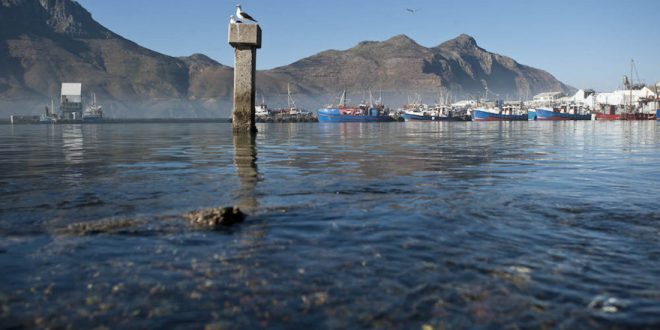 Namibia Marine Phosphate (NMP) announced this week that they have attained a mining license from the Ministry of Mines and Energy and will commence with their mining project “Sandpiper.” The project is estimated to yield 1.8 billion tonnes of phosphoric sand and carries an estimated N$5.2 billion in investment capital, ranking it amongst the top three new mining projects.

Speaking to the media,the board of directors and management which include Mr Knowledge Katti, Tariq Al Barwani and Sushil Srivastava, via email correspondence gave detailed information to clear up reports that they claim are based on misconceptions regarding the moratorium against phosphate mining. They also addressed the perceived impact of the Sandpiper project on marine life and the environment.

The NMP management stated that the Sandpiper project is located 60 km offshore from Meob Bay on the central Namibian coast and 120 km southwest of Walvis Bay. The Mining Licence Area is 2,233 km2 in extent and lies in water depths between 190 and 345 metres.

Studies for the Sandpiper project were conducted by a an internationally accredited agency, the International Fertilizer Development Corporation (IFDC), confirming through tests that Namibia’s ocean contains at least 27.5% phosphate concentrate P2O5, and is suitable for use as a direct application fertilizer (“DAPR”). The quality of its phosphate ranks within that of the top 3 global producers of DAPR. The area is estimated to support operations for 20 years at an annual output of 3 Mtpa phosphate concentrate.

Regarding the earlier moratorium, NMP stated “to date there has not been any official announcement or proclamation of a legally binding or enforceable moratorium on phosphate mining. There have to date only been media reports of a Cabinet decision to support the call by the Minister of Fisheries and Marine Resources for a moratorium on the issue of environmental clearances for bulk mining of industrial minerals including marine phosphate for a period of 18 months from September 2013. That 18 month period expired in April 2015.”

The financial forecasts of the project entail annual revenues of N$4.2 billion, annual estimated taxes and royalties of N$728 million to the fiscus, and will generate direct and indirect employment and spin-offs for SMEs and other sectors of the economy.

The figures of employment range between +/-450 Namibians to be employed in the first stage of development, +/-160 persons required full time to run the operations in Walvis Bay (57 skilled and 103 semi-skilled/unskilled positions) with opportunities for skills transfer and development.

A report on the impact of phosphate mining on fishing by M. J. Smith (CapFish) D.W. Japp (CapFish) and Dr T. Robinson (Stellenbosch University) states “Overall the significance of impact on the fishery sector is considered to be negative and of medium to low significance. Of the main commercial fisheries, the monk-directed trawl fishery will be most impacted.