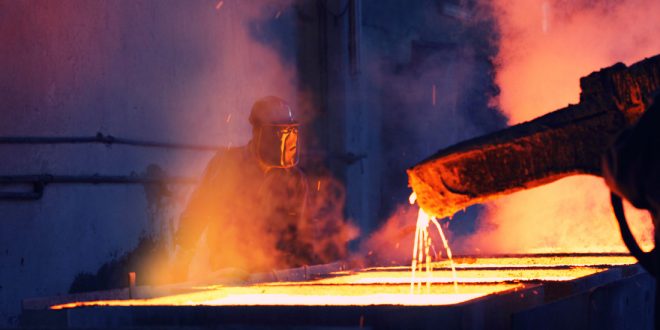 An Australian company with a stake in one of Botswana’s best copper discoveries this year says it wants to get to a final decision to start a prefeasibility study before the end of the year. The company’s representative also told delegates at an Australian mining conference that the Botswana government is eager to establish a broader copper industry.

Addressing the three-day Paydirt 2016 Africa Down Under mining conference in Perth earlier the month of September, Mr Hanna said good progress had been made on the scoping study currently underway on the their T3 copper deposit within the Kalahari copper belt.

“We expect to have preliminary pit, processing, environmental and social studies around T3 available by November and would look to a completion of the scoping study by December and then a decision to proceed to the prefeasiblity study” he said.

T3, only discovered in March this year within a 20km wide and 50km long structural zone, shows high grade copper and silver in the project’s first drillholes. The T3 discovery intersection included 52 metres @ 2% copper including 7m @ 4.2% Cu and as high as 6.9% Cu on individual one metre assays.

MOD Resources has identified 19 targets in the area but has only drill tested four to date. “We are due to announce our first resource for T3 at the end of this month and are still drilling there so we are ramping up the rate of exploration as we see further sediment-hosted copper potential in Botswana,” Mr Hanna said. “We are looking to fast-track T3 as much as possible.” MOD has a 70% stake in T3 with the remainder held by London’s AIM-listed Metal Tiger Plc.