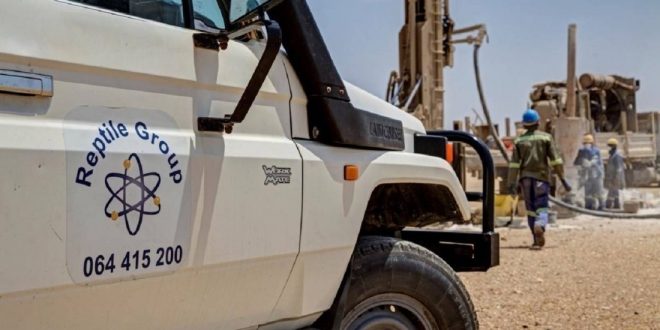 Deep Yellow Limited has revealed that drilling at its Tumas Project in Namibia has recommenced and is expected to be complete by October this year.

“Deep Yellow Limited is pleased to advise drilling has recommenced on the Company’s Tumas Project (Project), located on EPL 3496 in Namibia. The Company is currently completing a Pre-Feasibility Study (PFS) for the Project. Results and samples collected in the drilling program will be key to an anticipated future Feasibility Study (FS),” said the company statement.

The drilling program will involve drilling approximately 90 RC holes for 1,800m. This work has multi-facet objectives including, collection of a minimum of 1,000kg RC drill chips samples for further metallurgical test work in view of the recently announced determination that RC chips were suitable for future metallurgical testing in place of the more expensive diamond core option.

In addition to the routine downhole gamma logging, also carry out downhole imagery scanning using optical borehole scanner (OPTV) technology to differentiate lithologies, in particular, the coarse pebble/conglomerate grain size distribution; and consolidation of the resource base relevant to the Tumas PFS area of influence.

Meanwhile, the company has also advised that the project manager has been appointed to conduct the Environmental Impact Assessment (EIA) process and prepare the EIA document for the Project.

According to the company, the environmental baseline studies are well underway with groundwater baseline information established and fauna and flora surveys completed. Radiation and air quality surveys have commenced.