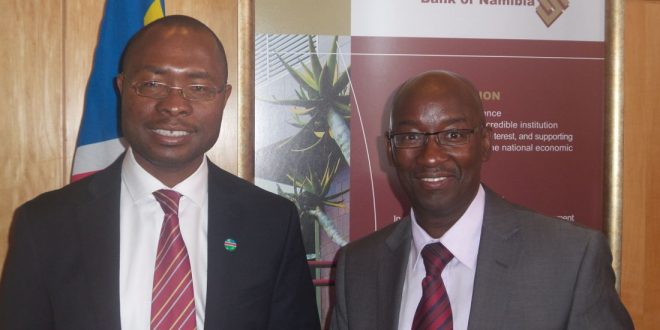 Economy still in the woods – Governor

Central bank governor Ipumbu Shiimi says activity in the construction and wholesale sectors are expected to contract further in 2018.

Shiimi said these sectors were expected to contract at the ‘rate they contracted for the past two years’.

“Unfortunately, the construction and wholesale sectors are still struggling. We expected deep contractions that we have seen in those sectors, of about 40 percent to continue. They are not growing. In fact, they are registering negative growth,” he stated.

Despite the expected contraction in these sectors, Shiimi said the country was expected to register positive growth this year due to recoveries in the mining, tourism and agriculture sectors.

Although the governor did not provide figures at which the economy is expected to grow, he said positive growth has been recorded in various economic sectors, such as mining, where “prices of copper, diamonds and gold have increased significantly”.

Shiimi added that the expected growth also depended on the government’s efforts to implement plans to transform the economy, as set out in the national development plans, and the Harambee Prosperity Plan (HPP).