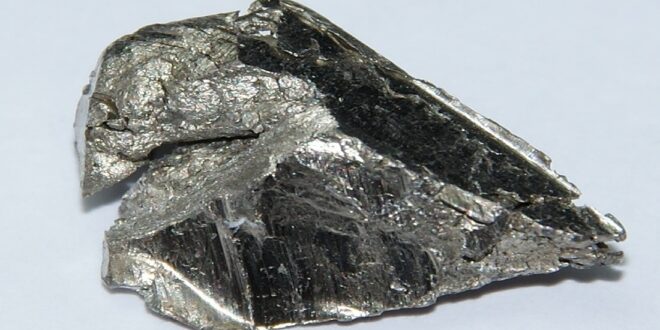 Ahead of COP27, Namibian and European Union officials say they have reached an agreement for Namibia to export rare earth materials to the EU.

According to Erasmus Shivolo, commissioner of mines at Namibia’s Ministry of Mines and Energy, the EU is interested in developing the mining of minerals like lithium, cobalt and graphite, which are currently mined on a small scale in the country.

Per Shivolo, “The EU is the one saying, ‘Well, Namibia has got certain minerals that are critical to the energy transition and therefore we want to explore opportunities in working together to develop projects in that space.’ ”

This possible agreement comes at a time when Western nations are seeking sources besides China for these minerals, which are used to make batteries for mobile phones, electric cars and other technology.

Shivolo added that the EU is also interested in Namibia’s ambitious plan to become a producer of “green hydrogen,” a clean power source that could be used by industry and to power electric vehicles.

The commissioner pointed to the promises made at COP26, the 2021 U.N. climate change conference in Glasgow, Scotland, as one important factor: “Everyone, almost everyone who has signed up to COP26 has made a commitment to reduce carbon emission in their respective countries by a certain percentage.”

He added that “it is not a surprise that countries who are the biggest emitters of carbon dioxide in the atmosphere are interested to do this because they need to clean up their environments.”

The head of the EU delegation to Namibia, Sinikka Antila, said that Namibia and the EU are working on a memorandum of understanding. She said the memorandum is an outgrowth of an African Union-EU summit that took place last year in Brussels.

She confirmed that the agreement had not yet been signed, but will be soon, and said that both the president of the EU Commission and Namibian President Hage Geingob “agreed that we will start on building a partnership on sustainable raw materials and the green hydrogen.”

Antila pointed to another factor speeding up the EU’s pursuit of alternative energy sources – Russia’s invasion of Ukraine. “This situation makes it even more important now, because the fact is we have to get rid of the dependency on Russian gas because Russia is not a reliable partner at the moment,” she said.

According to Antila, the agreement may be signed as soon as November, during the COP27 conference in Egypt.

However, in Namibia, the agreement may spark new anxieties. Abraham Noabeb, community liaison for the Black Business Leadership Network of Namibia, said he worries that foreign companies involved in the EU projects may simply use Namibia for its raw materials.

“The mining sector is not Namibian,” he said. “It is in Namibia but it is not Namibian. The mines that are in Namibia are owned by foreigners, foreign nationals and foreign multinational companies and corporations. They are the ones who own these mines.”

Noabeb called for the government to review its policies and make sure locals have a stake in any mineral exploration projects going forward.