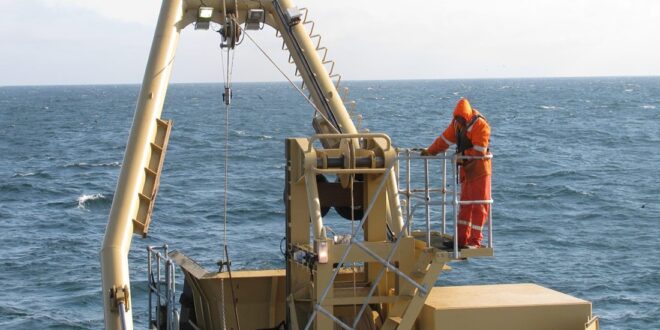 THE Confederation of Namibian Fishing Associations (CNFA) reiterated its opposition to marine phosphate mining in Namibian waters, asserting that Namibia’s valuable fishing industry cannot be used as a ‘case study’ to see if such mining is harmful or not.

Amukwa called this report “self-serving” and based on “superficial studies slightly updated” from the previous assessment report.

According to the report, various mitigation measures have to be implemented to ensure a smooth transition and interaction between the two industries, which should have been incorporated in the Environmental Management Plan of the proposed projects.

Amukwa said the “dubious studies” carried out by scientists paid by the mining company, suggest mining for phosphates in Namibian waters carries no dangers to the environment.

He drew a comparison between the socio-economic value of Namibia’s fishing industry compared to the proposed value of NMP’s Sandpiper Project about 120km south-west off Walvis Bay.

Amukwa said the Namibian fishing industry employs 15 478 people directly and based on a labour force survey data, one direct or indirect job in the industry supports three, which means statistically, 298 000 people (nine percent of Namibia’s population) is, directly and indirectly, dependent on the fishing industry.

According to the ESIA report, if Sandpiper is given the go-ahead, it would employ over 600 Namibians (directly and indirectly) for construction and operations at Walvis Bay; create opportunities for SMEs and other economic sectors; spend an estimated N$1 billion on civil and local infrastructure; require a capital investment of N$5,2 billion for the development; expect an annual revenue of N$4,2 billion; contribute direct taxes of N$650 million a year; and contribute royalties of N$78 million a year.

“It is too important for us to allow Namibia to be the test case to see whether marine mining is potentially harmful to fishing or not,” Amukwa told Klazen. “Scientists around the world are cautioning that no sufficient hard based scientific information is available to say that marine mining has no harmful effects, and warn that no mining should take place until a clear picture emerges.”