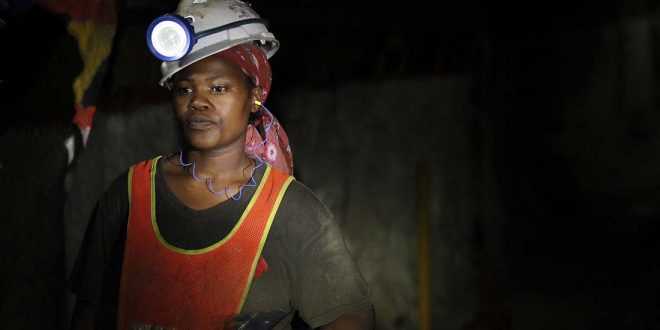 International Diamond group De Beers Group has started work on women and girls empowerment, including on diversity and inclusion.

Katie Fergusson, Head of Social Impact at De Beers said the group is changing the historical legacy of women being under-represented.

“Indeed, until the 1990s, it was illegal for women to work in underground mines in some of our producer countries,” said Fergusson.

Fergusson said the company currently De Beers has a clear appetite for fast and sustainable change in gender equality.

“With more than 90 per cent of our consumers – but only 24 per cent of our workforce and 17 per cent of our leaders – being women, we have to make changes to stay relevant, to be the highest performing business that we can be and to support the socio-economic objectives of our producer countries.”

De Beers recently launched a three-year partnership with UN Women to achieve parity in the appointment rate of women and men into senior leadership by 2020.

In addition, the group will invest US$3 million into empowering women in our producer countries, including women micro-entrepreneurs in southern Africa and sponsorship of STEM students in Canada.

The partnership will also ensure that De Beers’ brands, through marketing campaigns are a positive force for gender equality.

“Our partnership with UN Women puts a spotlight on our commitment and, as a result, we will be held to account, and rightfully so,” said Fergusson.