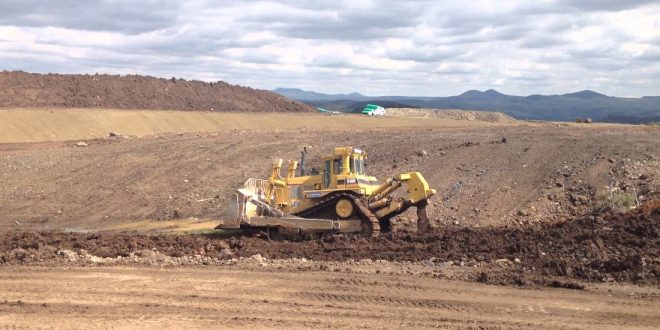 On land diamond operations winds up …as Oranjemund opens to public

Ian November 1, 2017 Africa, Diamond, News Comments Off on On land diamond operations winds up …as Oranjemund opens to public 1,862 Views

As efforts to diversify Oranjemund economic activities, ahead of diamonds mining coming to an end, authorities have opened the diamond-mining town to public.

Previously restricting visitors Oranjemund, which lies in a diamond-mining area called the Sperrgebiet, or ‘prohibited area’ in German, held celebrations this month to declare an end to its isolation from the rest of the country.

The Namibia Press Agency said a new road has opened between the Namibian town of Rosh Pinah and Oranjemund, ending a decades-long system whereby travellers had to get security clearance before entering the Sperrgebiet.

Namdeb, a joint venture between Namibia and the De Beers company, operates in the Oranjemund area.

Diamond-mining on land is expected to wind down in coming years, while more focus is being placed on offshore mining operations.

Situated in the extreme southwest of Namibia, on the northern bank of the Orange River mouth at the border to South Africa, Oranjemund is a relatively green oasis of 4,000 inhabitants in the middle of the desert.

The bird-abundant Orange River offers plenty of secluded camping spots along its banks, while the desert sand surrounding the town is enough to entice off-roaders and sand boarders.

Oranjemund also enjoys the diverse and beautiful Sperrgebiet National Park on its doorstep, as well as the wild Atlantic Ocean.