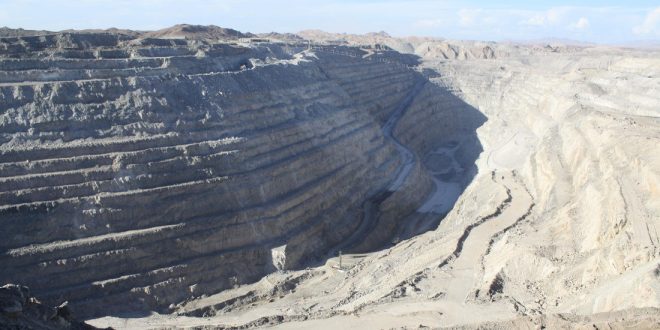 Let’s go back to drawing board, MUN tells Langer Heinrich

The union chapter is disappointment with the company’s decision to put the mine on care and maintenance, a decision expected to affect up to 600 workers.

He said it was becoming less likely that the mine would be in a position to resume physical mining activity in 2019.

Lipumbu said the Union wants ‘individuals who conduct themselves ethically, and have bilateral interests at heart’.

This comes after the mine’s management indicated at the initial round of negotiations its position of one week severance pay and one month notice as final and non-negotiable, the bargaining unit had to “beg” the company to come back to the negotiating table.

Eventual the terms changed to two months notice pay and one week severance – giving an ultimatum of two hours if the union did not consider it.

“This only reflects the unethical and unprofessional conduct of the company’s negotiation team, which the union condemns, and demand that the dispute be withdrawn immediately,” he stated.

The Union said it was open to proper negotiations with the aim of reaching an amicable solution in the interest of all parties.

The petition demanded that the dispute be withdrawn and the company’s negotiation team be withdrawn, and that the parties also reconvene a meeting to continue negotiations based on the principles of good faith bargaining, as well as that they reconsider the “stagnant position of one week, one month”.