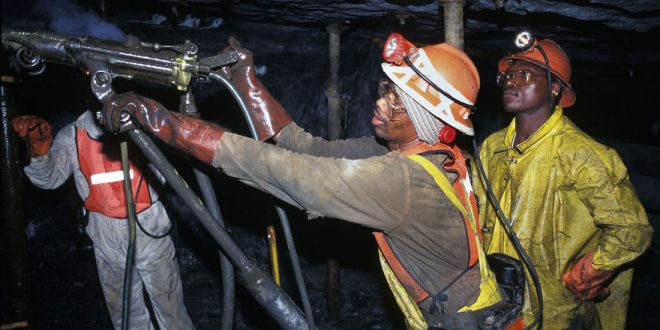 Thirty-seven former and current mineworkers have tested positive for tuberculosis, this year.

Selma Imene-Schutt, Programme Manager of TB in the mining sector at the Development Aid from People to People (Dapp), told The Namibian that 17 000 mineworkers were screened.

Imene-Schutt said mineworkers are regarded as being more at risk of contracting TB since they work in proximity to each other and have prolonged exposure to silica dust.

This is despite various reports over the years indicating that mineworkers in southern Africa are at high risk of contracting the disease because the region is rich in minerals, and has a thriving mining sector.

She bemoaned struggling to reach some of the workers reluctant to be tested.

The 37 who tested positive for TB between December last year and October this year are mostly from the Erongo and Otjozondjupa regions.

Imene-Schutt said despite the low number of mineworkers diagnosed with TB, it does not put them out of danger because Namibia is one of the countries in the world with the highest cases of drug-resistant TB, a more dangerous strain of the disease.

“It means there is TB somewhere that is not being picked up. If somebody has TB and it is not detected for a long time, they start coughing.”

“They then go to a pharmacy and pick up a cough syrup, or they go to a hospital and are just prescribed antibiotics – that TB will start becoming a bigger problem. When they become TB-resistant, they will also pass on the same strain of TB to the next person,” she explained.

“A lot of people are migrating from other regions to mining towns, leaving their families and homes, and the houses they come to live in are very crowded. Anybody in that house can pick up TB, and carry it to colleagues in the mine,” she said.

However, the mining industry said they had not had any reports of TB cases within the sector thanks to precautions and improved working conditions as well as the fact that most Namibian mines are open-cast mines.

The chairperson of the safety committee at the Namibian Chamber of Mines, Lukas Schoeman, said the DAPP figures paint an accurate picture of what is happening on the ground.

He said in recent years, mining companies in Namibia have started taking occupational health very seriously, which could explain the low number of workers being diagnosed with airborne and lung diseases such as TB.