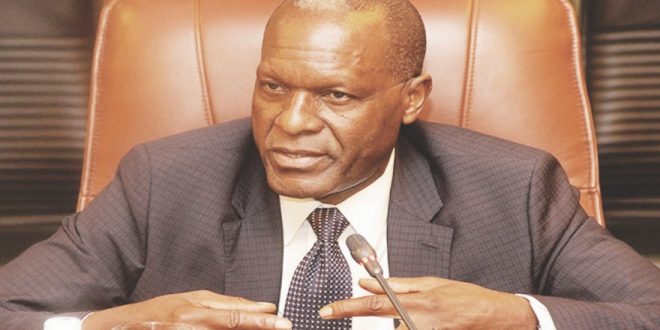 Tom Alweendo, the Minister of Mines and Energy, says his ministry is only requesting a N$212,4 million budget allocation from Treasury for the current financial year.

He stated this during the National Assembly’s motivation for the 2021/22 budget.

The budget request, according to the minister, is for six programs: promotion of exploration investment, development of geological resource awareness, diamond industry safety, and energy supply security.

The others are the petroleum security of supply and policy coordination and support services programmes.

From the different programmes, energy security of supply was allocated the highest budget of N$62,7 million.

According to Alweendo, the programme is focused on securing a sufficient and reliable supply of sustainable electricity and reducing dependence on imports.

He added that his ministry will oversee the implementation of three new solar PV power plants with a production capacity of 45 megawatts.

The minister stated: “The ministry also envisages to electrify 36 rural schools for N$44 million which is allocated towards the rural electrification programme.”

He said N$54,1 million will be set aside for the creation of knowledge of geological resources programme aimed at generating baseline geoscience data and information and to carry out scientific research.

For the current financial year, the ministry plans to better understand the geological character and mineral potential of the Karas and Kunene regions.

Alweendo noted that this will be achieved by acquiring and interpreting multi-disciplinary geophysical, geochemical and geological data.

With regards to the previous financial year, Alweendo said his ministry managed to amend both the mining and diamond acts with the view to align them to current and best international practices.

He added that the legislative review is further aimed at enhancing transparency and accountability in the management and award of mineral rights.

Some of the substantive changes include the introduction of compulsory local ownership in mineral licences, mineral beneficiation and mine closure plans.

Administrative changes have also been introduced with regards to local ownership. Namibians who wish to dilute their ownership in terms of licences awarded can do so provided they retain at least 15% ownership.

With regards to the provision of electricity, within the budget that was appropriated, Alweendo said his ministry managed to electrify 33 rural public institutions, such as schools and clinics for N$42 million.

“We were also able to electrify more than 500 rural households for N$10 million,” he said.

“Namcor received their first shipment of fuel last December. The investment in this facility has significantly increased the national fuel storage capacity by 75 million litres, boosting stock holding capacity from 10 to 45 days,” the minister said.

The Chamber of Mines of Namibia’s outgoing president, Zebra Kasete, last week Wednesday said the mining industry was one of the few that supported the Namibian economy in 2020.

He said this was because it was allowed to continue with normal operations during lock-down and periods of restricted economic activity.

Speaking at the annual general meeting, Kasete said apart from Namib Lead and Zinc mine, there were no other retrenchments that occurred as a result of the pandemic.

He, however, said the Namibia Statistics Agency shows that the mining sector recorded negative growth of 14,5% in 2020, a further contraction from the 9,5% negative growth seen in 2019.

“In 2020, employees from mining companies paid a recorded N$1,4 billion in pay as you earn tax,” Kasete noted.

The improved profitability of the mining industry increased the total contribution to the government by 28%, which amounted to N$4,1 billion in 2020.