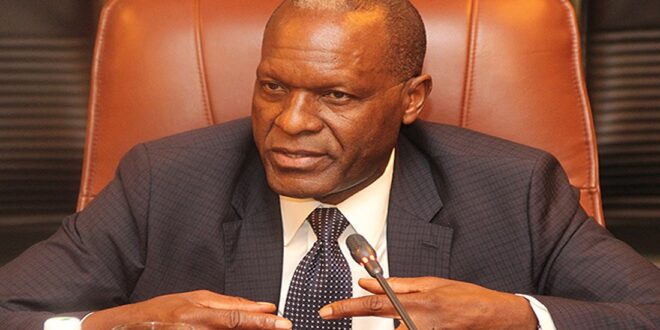 Minister of Mines distance self from corruption accusations

“This is malicious slander against my person. Throughout my professional career, I promoted good governance and spoke out against corruption; that hasn’t changed,” Alweendo said this week.

Many will agree that he has spoken out against corruption and in favour of good governance.

Nonetheless, the minister has a lot to answer for. He has presided over an institution proven to be rife with bribes, kickbacks and the opaque distribution of public resources to a few politically favoured individuals.

Granted, the Ministry of Mines and Energy was already a hotbed of corruption before Alweendo became minister in 2018.

It’s been so bad that president Hage Geingob, prior to taking office, was implicated in a scheme of receiving kickbacks involving French nuclear giant Areva. French investigating judges described payment to Geingob as “illicit monthly transfers”. Geingob has declared to the Namibian parliament that he was paid N$3 million as a consultant to help UraMin renew their licence in Namibia before it was sold to Areva. There’s no explanation why facilitation by a seasoned government leader was necessary. The ministry’s system is so broken that wheeling and dealing is commonplace. Licences are dished out to a select group of individuals for speculation purposes rather than productive capacity. Prominent among the beneficiaries has been Geingob’s benefactor Knowledge Katti, who made a fortune from oil speculation, amassing oil and minerals exploration licences with the help of senior ministry officials.

Some officials were close friends with people in key positions, including then mines minister Obeth Kandjoze and then petroleum commissioner (now Namcor CEO) Immanuel Mulunga.

Mulunga made headlines for receiving N$2 million from Katti. No disciplinary steps or legal probes were undertaken for the transaction labelled a bribe or kickback.

Over the years, the process of awarding licences has drawn criticism that it allows government officials broad discretionary powers that discouraged serious investments and job creation.

Alweendo yesterday spoke of basic reforms he has introduced. They include decentralising the awarding of licences from being the prerogative of the mining, diamond or petroleum commissioner to committees in an effort to make the process transparent.

He also introduced measures so that only applicants who meet technical and financial requirements by law are granted licences. An online application process aimed at reducing red tape has been introduced.

However, Alweendo could not demonstrate that the ministry takes corruption allegations or unethical behaviour sufficiently seriously.

Alweendo stopped the awarding of licences in November 2020 with a promise that the system would change. That moratorium ended in August last year. Yet the same complaints and allegations of corruption persist, such that now he is directly implicated of receiving bribes despite no evidence to support the accusation.

If mineral resources are to benefit the majority of Namibia’s population, there is a need to tighten the processes at the ministry and in the mining industry. Drastic and urgent steps are needed, especially with the discovery of commercial oil deposits.

It is of grave concern that the much-hyped green hydrogen projects are being decided behind closed doors with exemption from the public procurement process or open bidding process.

Alweendo is correctly fighting the extension of a diamond valuation contract at the state-owned Namdia, which was set up under dubious circumstances.

However, he needs to clean up through systemic change, including wide-ranging investigations and the punishment of corrupt officials. Lifestyle audits should be the norm, for instance. Close family members of officials should not be allowed licences as is the case currently.

It is not enough for Alweendo and government leaders to take to social media only to counter allegations against themselves as individuals while a corruption-enabling system remains in place.