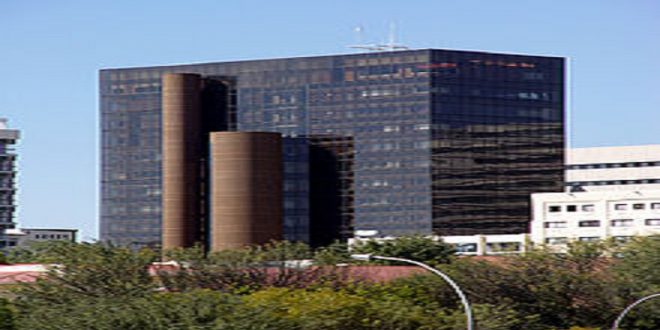 NAMDEB Holdings diamond production fell 4% to reach 400 000 carats in the first quarter of this year, Anglo American announced in a report. The drop was due to reduced grade at Namdeb, the reported said.

Overall, De Beer’s diamond production decreased by 10% to 6,9 million carats, reflecting the decision to reduce production in response to trading conditions in 2015.

At Debswana (Botswana), production decreased by 5% to 5,3 million carats as a result of the strategy to align production to trading conditions.

There was lower production at Orapa, partially offset by an increase in production at Jwaneng. Damtshaa (a satellite operation of Orapa) was placed on care and maintenance from 1 January this year.

Production at DBCM (South Africa) decreased by 12% to 0,9 million carats mainly due to the completion of the sale of Kimberley mines to Ekapa Minerals, as announced on 21 January this year.

Production in Canada decreased by 68% to 0,2 million carats due to Snap Lake being placed on care and maintenance in December 2015.

Mark Cutifani, Anglo American chief executive, said the first quarter operating results demonstrate the market discipline the company continue to show in its key markets, particularly diamonds and platinum, and are consistent with the restructuring plans as the company focuses on lower cost and higher margin assets.

“We are encouraged that the actions we have taken in diamonds are continuing to have a positive effect, while operational productivity continues on an upward trajectory. As a consequence of our solid progress, our production guidance for 2016 remains unchanged,” said Cutifani.

The local diamond industry is bracing for changes this week. Negotiations on the sales and marketing agreement with De Beers that will pave the way for increased supply of rough diamonds to the local diamond manufacturing industry are now finalised, mines minister, Obeth Kandjoze told parliament in March.

The new agreement will supply about half of Namibia’s diamonds of all sizes, shapes and qualities to local manufacturers.

The agreement will allow the factories to operate at full capacity, create more jobs and enhance their profitability and sustainability. Kandjoze said the new agreement will usher in a 100% government−owned diamond sales and marketing company. He said its mandate will be to sell a 15% representative cut of Namdeb Holdings’ rough diamond production while the same outfit will establish a Namibian diamond brand in the downstream market.