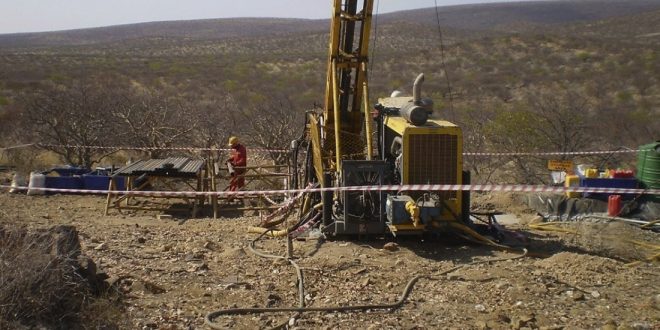 Lofdal is a joint venture between the Company and Japan Oil, Gas and Metals National Corporation (“JOGMEC”) which is operating under a Term 1 budget of CD$4,100,000.

The Company recently reported an increase of 60% to the strike length of the Area 4 deposit and the inclusion of the first satellite heavy rare earth deposit.

Don Burton, President of Namibia Critical Metals stated, “The first step in beneficiation of heavy rare earth mineralization at Lofdal is through ore sorting. These test results have demonstrated the opportunity to increase grade from the Area 4 deposit by a factor of 1.5 to 3 times which will have significant positive impacts on further downstream processing costs. We continue to evaluate early-stage beneficiation opportunities through gravity techniques and magnetic separation, and we are pleased to bring SGS on board as we move into flotation. SGS has a wealth of processing experience with rare earths including some of the largest rare earth projects in the world – Mountain Pass (USA), Strange Lake (Canada) and Zandkopsdrift (South Africa).

The Lofdal Heavy Rare Earths Project is located 450 kilometres northwest of the capital city of Windhoek in the Kunene Region of north-western Namibia. The project area covers 314 square kilometres centred on the Lofdal carbonatite complex which hosts a number of rare earth occurrences, including the Area 4 deposit. Mineralization at Area 4 is dominated by xenotime, which is highly enriched in heavy rare earths.

Lofdal is unique as one of only two primary xenotime deposits under development in the world. As demonstrated in the Preliminary Economic Assessment1 Lofdal has the potential for significant production of dysprosium and terbium, the two most valuable heavy rare earths used in high powered magnets. The joint venture with JOGMEC is driven by Lofdal’s potential to be a long term, sustainable supply of heavy rare earths for Japan.

Highlights of the metallurgical test work program are reported here as follows:

The company also commented on positive developments in Rare Earth. It stated that: “The two major operating rare earth mines outside of China are Mountain Pass (USA) and Mount Weld (Australia) both of which are light rare earth-enriched projects and therefore major suppliers of the light rare earths praseodymium and neodymium. Prices for all the main magnet-related rare earths – praseodymium, neodymium, terbium and dysprosium have seen significant gains over the past 12 months with particularly sharp increases in the past 6-8 weeks (Table 1). Terbium (up 93.2%) and dysprosium (up 24.5%) are the main value drivers in heavy rare earth projects such as Lofdal.”

On metallurgical test work program, the company said a number of sequential processing stages have been recommended for treatment of the xenotime mineralization at Lofdal and include upfront ore sorting, magnetic separation, flotation and gangue acid leaching to produce a mineral concentrate. It said each of these stages is being evaluated during Term 1 using a representative 18-tonne sample that was collected from trenches along 650 meters of strike length from the Area 4 deposit.

Namibia Critical Metals  said ore sorting technologies provide opportunities to reject considerable volumes of waste thereby upgrading run-of-mine feed before requiring more expensive crushing and milling for downstream processing. The company said test work has been completed on 8.6 tonnes confirming the amenability of Lofdal mineralization to be significantly upgraded using either x-ray fluorescence (“XRF”) or x-ray transmission (“XRT”) sorting technology. According to the company mineralization at Lofdal is amenable to XRF sorting by analyzing for the element yttrium, which is directly related to the concentration of the heavy rare earth mineral xenotime. It is amenable to XRT sorting because of the dominance of higher density gangue minerals (carbonates) to host the xenotime mineralization.

XRF sorting tests were carried out by Rados International in Pretoria on size fractions between 20-150 mm, and XRT sorting tests were carried out by IMS/Steinert on size fractions between 10-75 mm in Johannesburg. A total of 8.6 tonnes was prepared from the representative sample for the sorting tests by Light Deep Earth (“LDE”) in Pretoria and final ICP-MS analyses appropriate for rare earth element analyses (method code ME-MS81h with lithium meta-borate fusion) were carried out by ALS Minerals (sample preparation in Johannesburg and analyses in Vancouver). QAQC was monitored through internal laboratory standards, blanks and duplicates with the provision of refereed rare earth standards from Lofdal.

Very clear grade, recovery and mass pull curves were established for both technologies and can be used to evaluate the most favourable economic scenarios available to the project. Outcomes for the upgrading of dysprosium from all size fractions for both XRF and XRT tests, and grade recovery curves for one size fraction are shown in Figure 1.

In addition to quantifying outcomes for the upgrading of heavy rare earths the test work will also be evaluated for efficiencies in rejecting unwanted iron, calcium and silica. Scavenging tests on XRF discard products have demonstrated opportunities for further increased recoveries with minimal additional mass pulls. Sorted products from these bulk runs have been utilized to provide representative samples for next stage process steps – gravity, magnetic separation and flotation.

According to the statement, flotation has also been demonstrated to be an important step in beneficiation and this work will be undertaken by SGS (Canada) in conjunction with additional WHIMS test work. SGS has extensive experience in mineral processing of a number of rare earth deposits including Mountain Pass, Nechalacho, Strange Lake, Bokan Mountain, Bear Lodge, Kipawa, Zandkopsdrift, and Wicheeda Lake. Samples of both XRF and XRT sorted products and fines have been prepared for shipment to the SGS facility in Lakefield, Ontario. The test program will compare upgrades and recoveries of XRF and XRT products through direct flotation followed by magnetic separation, and through direct magnetic separation followed by flotation.

As previously announced (Company press release January 27, 2020), the joint venture agreement with JOGMEC provides for the two companies to jointly explore, develop, exploit, refine and/or distribute mineral products from Lofdal. JOGMEC has the right to earn an interest in stages following an initial non-refundable exploration commitment of CD$3,000,000 (Term 1). Subsequent financial commitments may be exercised at the sole discretion of JOGMEC upon completion of each phase with Term 2 requiring a CD$7,000,000 contribution to earn 40% interest in Lofdal, Term 3 requiring a CD$10,000,000 contribution for an additional 10% interest in Lofdal after which JOGMEC may elect to acquire an additional 1% interest for CD$5,000,000. The agreement contemplates completion of a feasibility study for Lofdal at the end of Term 3 and makes provision for JOGMEC to elect to exclusively fund the development of Lofdal provided that the Company’s interest will not be diluted below 26%. The additional expenditure of CD$1,100,000 during Term 1 can be credited towards the Term 2 expenditure commitment of CD$7,000,000. Please refer to the Company press release of January 27, 2020, for further details.