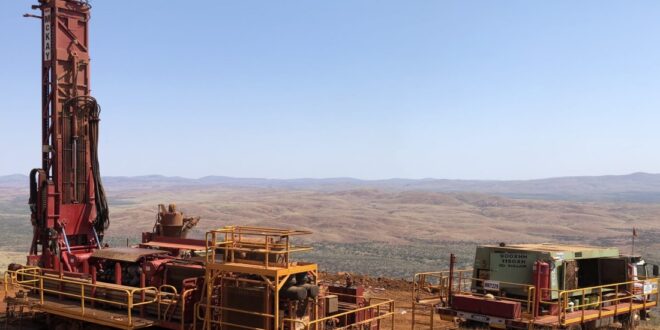 Namibia’s mining sector is a major contributor to the country’s gross domestic product, and with the growing global push for a green revolution to prevent the earth’s surface from heating up more than 1,5 degrees Celsius in the next decade, the importance of the sector will be further highlighted.

To meet this climate change target, there will be an increased demand for rare earth elements (REE), and Namibia can be part of the supply-chain.

In a statement released by the company on Wednesday, E-Tech CEO Elbert Loois said: “The assay results received to date reveal an extension of the mineralisation outside of the current resource estimate in several monazite bearing carbonatite dykes.”

The Eureka deposit lies within exclusive prospecting licence number 6 762; which covers Eureka Farm 99 and Sukses Farm 90 in the Erongo region.

“These results confirm the presence of these dykes up to 160 metres vertical depth, while remaining open at depth and along strike. I congratulate the team for hitting the targets of the first seven holes of our first diamond drilling campaign, as we await assay results from the remaining 13 holes that have been drilled so far,” Loois added.

REEs are a set of 17 metallic elements on the periodic table, important components for more than 200 high-tech products, including electric vehicles and wind turbines.

Neodymium (Nd) is one of the top well-known REEs and is mainly used in the production of high-strength permanent magnets for motors and turbines.

A 6% year-on-year growth is expected for neodymium and praseodymium, the main elements of focus at the Eureka Project, as more societies adopt low carbon alternatives.

These two REEs represent about 80 to 90% of the market value of all REEs.

Exploration at the Eureka Project started in 2016, with ground magnetic and radiometric surveys over the known carbonatite outcrops to generate several drill targets.

The company announced its first technical disclosures, with assay results for 7 out of 20 diamond drilling (DD) holes and for all reverse circulation drilling holes completed in 2021. Further DD results from the first campaign are expected in the first quarter of 2022, dependent on lab processing time. The promising results so far have resulted in the commencement of a second combined drilling campaign, which is still ongoing.

E-Tech Resources aligns its sustainability policy with the guidelines of the United Nations’ Sustainable Development Goals.

“The Eureka REE Project will secure sustainable value to its stakeholders by installing a sustainability committee to guide its efforts in areas such as health and safety, community support, efficient energy consumption, job creation, environmental care and many more,” said the statement.