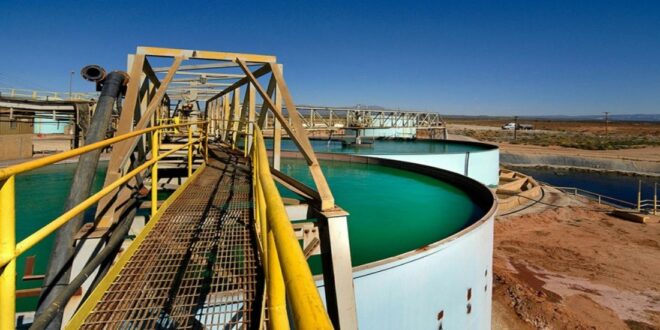 The Namibia Agricultural Union (NAU) has applauded the Ministry of Agriculture, Water and Land Reform’s decision to revoke two permits for the drilling of 37 boreholes in the Stampriet Basin for exploration and hydrogeological purposes.

According to an official letter from the ministry, the withdrawal was due to Headspring Investments, a Russian company that was looking into uranium mining in the basin, not complying with permit conditions.

According to NAU president Piet Gouws, uranium mining in the basin, as proposed by Headspring Investments, would have an impact not only on Namibia but also on neighbouring Botswana and South Africa.

According to a 2021 study published on scielo.org, the Stampriet Basin was a multilayered aquifer covering 65 000km² in Namibia. It was a vital resource in this semi-arid part of the southern Kalahari, where surface water was scarce and unreliable.

Groundwater supported domestic use of water, as well as agriculture, which was the main contributor to job creation and the economy of this region, the study found.

“We’re extremely relieved that the ministry has acted in such a decisive manner. We cannot afford to lose the Stampriet Basin, as [it’s] one of the most important sources of potable water in the country,” Gouws said.

“Should uranium mining be allowed, it could render the water in the South-Eastern region of Namibia unfit for human and animal consumption, effectively bringing agriculture to a total and permanent standstill in the area.”

Percy Misika, minister of agriculture, stated in the letter that the exploration boreholes had not been drilled as per permit conditions. Requirements for drilling activities were, among others, that the Kalahari aquifer be cased off and grouted before the commencement of drilling in the Auob aquifer, which had not been done.

Some of the boreholes had also been left uncovered for long periods, forming pathways that could result in contaminants entering the subsurface.

Misika indicated that Headspring Investments had also drilled about 70 additional boreholes for exploration purposes, and seven more for hydrogeological study purposes without the necessary permits.

Gouws said landowners in the Stampriet Basin had for the past number of months been subjected to “the extreme arrogance of the mining companies demanding access to their land for prospecting and exploration”.

“It has come as a huge relief that the state has taken steps to act on the sometimes unscrupulous companies operating in the area.”