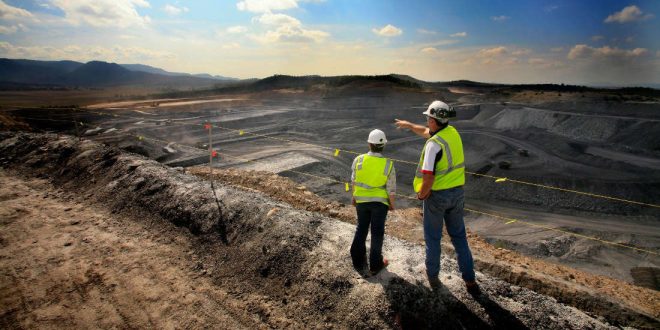 Next Graphite prepares for blasting

Ian September 1, 2016 Business, News Comments Off on Next Graphite prepares for blasting 850 Views

Next Graphite is wasting no time in getting its project to development stage as it aims to bring the dormant mine back into life. It recently announced that it informed the Ministry of Mines and Energy that it had completed survey plans of its planned activities.

A survey of the old mine workings has been completed and survey plans have been submitted to the Department of Mines, as per regulations explained its Chief Executive Officer Cliff Bream. He further explained that a magazine, to house explosives cartridges, has also been built and that Next Graphite was awaiting inspection by relevant authorities. Blasting of the bad ground that could not be bared down or supported by split Bars would be done as soon as explosives arrive on site. Holes for this purpose have also been drilled according to Bream.

In addition, old mine workings were being cleaned both for safety and to allow geological mapping. The geological mapping will allow sitting of exploration drill holes underground that will probe the down-dip extension of the ore body Bream said of the activities on the mining site.

Commenting briefly, Bream said, “I am very pleased with the continued progress at our Aukam site. Geological mapping, drilling, metallurgical test works and market research by our joint venture has all contributed to this progress and to our upcoming feasibility assessment of the reserves at Aukam. We will continue our work quantifying this assessment.”