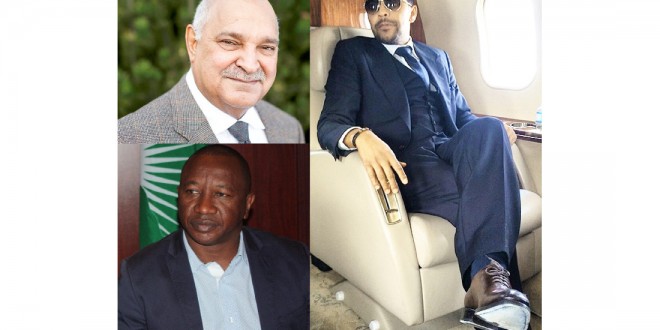 No Phosphate mining for Namibia

With the recent turmoil from media reports and all vested parties giving multiple angles on the prospect of Phosphate mining, a statement from the Chairman of the Confederation of Namibian fishing Association re-affirmed that phosphate mining is not implementable not only due to environmental risks, but also due to the alleged economical setbacks.

In a statement released earlier this week the above mentioned Chairman, Mr Matti Amukwa said that “If we (Namibians) lightly agree to see mining without thorough research and appropriate legislation in place, Namibia will become the experimental ground for the international sea mining companies, closely watched by the world. It cannot be, that a country so dependent on the fishing industry becomes the trial laboratory for marine phosphate mining.”

The statement was released earlier this week before reports confirmed that government has placed a suspension on planned marine phosphate mining off the country’s coastal waters for the next 18 months until an environmental impact study substantiates that phosphate mining will not negatively impact Namibia’s coastal ecosystem.

The Chairman not only stressed against the environmental effects of phosphate mining but emphasized that phosphate mining would not be a lucrative industry in an underdeveloped country such as Namibia. The alleged reasons originated from doubts of whether a large number of direct and indirect jobs could be created by phosphate mining as the Chairman urged phosphate mining industries to “provide what the profile of the jobs is and what level of education is required. Are people with the required levels of proficiency available in Namibia?”

Moreover, Matti Amukwa elaborated that the construction of harbour facilities cannot be carried out by Namibian companies, adding that the phosphate acid plant is a highly complex chemical/industrial operation and would be designed and built by specialist companies from overseas who have the skills and who will bring with them their own workforce to carry out the highly specialised tasks. Thus the Luderitz 24 billion dollar investment in harbour facilities create false expectations of job creation.

In addition, Namibia’s fishing industry benefits were analysed against the financial benefits of the phosphate mining sector as it has developed significantly since independence with infrastructure and the different local fishing companies. The Namibian law states that fishing rights and quotas may only be granted to Namibian citizens or companies which are more than 51% Namibian controlled. Recent changes in the Marine Resources Act of 2000 allows the Honourable Minister to spread the quota rights to a wider group of Namibians, thereby empowering even more people.

This is a sharp contrast to the mining situation as 15% – 24% of the shares in the phosphate mining companies will be held by a selected group of Namibians.